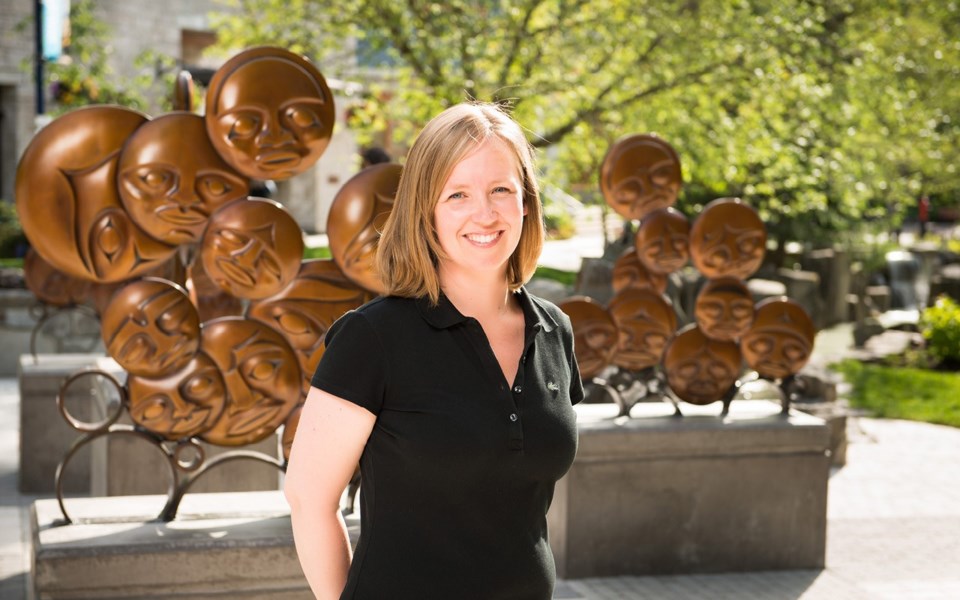 BACK FOR MORE Councillor Jen Ford will seek a second term on October 20. Photo courtesy of the Resort Municipality of Whistler

After one four-year term on council, Jen Ford is not ready to call it quits.

The Whistler councillor will seek re-election on October 20.

"I still have lots to contribute, and I've hit my stride with my understanding of the process, so I'm keen to continue on, to continue to give back to the community," Ford said, adding that the decision wasn't a difficult one.

"It's incredibly valuable work. It's very rewarding work for me, and difficult, but very, very important to our community for families and everybody to be able to stay where they want to stay."

The big issues currently facing Whistler—housing and staffing chief among them—are interconnected, Ford said, and she's eager to carry on the work of the current council.

"I feel really, really strongly that I represent something of experience and consistency that can carry through. We don't want a clean house as far as council goes. With the mayor leaving we need people that understand the process, and will carry on with the hard work. I don't want to push the reset button on October 20," she said. "If we started tomorrow, we're three years away from building more housing (in Cheakamus Crossing Phase 2), so I don't want to hold off on any of that."

But that's not to say Ford represents only more of the same, or that there isn't room for big ideas.

"I think it's time for big ideas. I think it's time for a new perspective ... I think Whistler has been successful, but we have been successful because we evolve, and because we hold on to what we're passionate about, but we do it in different ways," she said, pointing to local trailblazers of the past like Garry Watson, Jim Moodie, Eric Martin, Steve Bayly and current Mayor Nancy Wilhelm-Morden (the longest-serving elected official, and only female mayor, in Whistler's history).

"She pushed the envelope," Ford said. "And it's because of big ideas, it's because of people that have pushed those envelopes and didn't take no for an answer (that Whistler has been successful), and so we need to continue that."

"Whistler has been successful because of what those two organizations have been able to achieve, and I feel that we need to continue with that model," she said. "I want to crack (Cheakamus) Phase 2. I don't want to hold it up. I don't want to discount the success that Phase 1 was by changing the model. The model worked."

In the meantime, Ford said she is "passionate about finding temporary solutions" to Whistler's housing woes, though she's not presenting any solid proposals on that front just yet.

After missing out on a council seat in 2011, Ford attended every council meeting for three years leading up to the 2014 vote—but still dealt with the learning curve after being elected.

You can come in with a passion project (in Ford's case, housing and daycare in 2014), but it takes persistence to see them through.

"It may not work out today, but keep it up, and keep speaking your truth and staying consistent with what you're passionate about," she said.

Ford is the latest of Whistler's current council to announce her intentions to run, after colleague Jack Crompton announced on June 27 that he will run for mayor.

Councillors John Grills, Cathy Jewett and Steve Anderson have yet to announce their intentions, while Coun. Sue Maxwell has said she will not seek re-election.

The nomination period runs from Sept. 4 to 14. Those interested in running can find more info at www.elections.bc.ca.