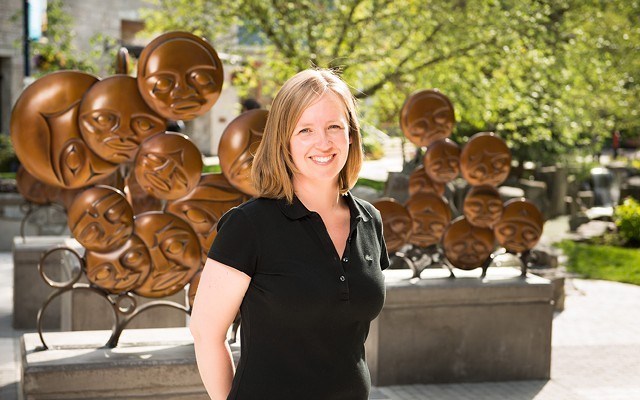 Photo courtesy of the Resort Municipality of Whistler

Coun. Jen Ford was still on the campaign trail in early October when she received word from some local moms that their childcare provider would soon be closing on Mondays.

And if some early-childhood educators weren't hired, the program would have to be closed indefinitely.

Fresh off of the Union of BC Municipalities Convention (UBCM) in Whistler a month earlier, Ford had a fresh line of contact with the provincial government.

"I met with not only the minister for childcare but a lot of her staff (at UBCM), and so I had those connections that I was able to call and just say, 'Hey, this is our current reality, what can we do?'" she says.

"We were able to find a couple of people; My understanding is that they have kept that program open, and that some of the funding programs that that particular childcare centre wasn't eligible for before, they now are.

"But it's a work in progress."

"A lot of the research that I had done with childcare throughout the province, I had been really, really close to it both personally and professionally, so (the portfolio) felt like a natural fit on that," she says.

"(But) it's quite a wide spectrum of social services."

While things like healthcare, and the challenges faced by industry professionals, don't fall under the municipal mandate, it helps to have someone on the local level paying attention to what the issues are, Ford says.

"It's nice to have a close connection with how it's affecting our community, and being able to advocate in that respect," she says.

On her portfolio, Ford says she's taking a "sponge"-like approach.

"I'm learning as much as I possibly can, (and) I'm meeting with everyone that I can, to understand the state of where we're at right now, and looking for opportunities to not only hit the low-hanging fruit but make a plan for the next four years," she says.

"I would love to see a really stable healthcare workforce (so) that people feel confident they can get a GP, they can find childcare for their family, (and) have mental-health services available, because those are the issues that really hit people close to home."

But it's also about learning where she can be most effective, Ford adds, "and not going after things that maybe are already being taken care of in a neighbouring community, or learning from our neighbours to see what their best practices are and understanding how we can best advocate with the province."

With most social services in Whistler being outside of the municipal purview, the regional cooperation aspect of Ford's portfolio seems a necessary add-on.

Her experience sitting on the board of the Squamish-Lillooet Regional District, and more recently as a director at large with the Union of BC Municipalities, should serve her well in that regard.

"It's a great council. I'm really excited to be working with the six other members. I just feel really hopeful, and it's a great environment right now."