Local community forest already experimenting with leaving some behind for forest regeneration
Jul 27, 2019 12:00 AM By: Joel Barde 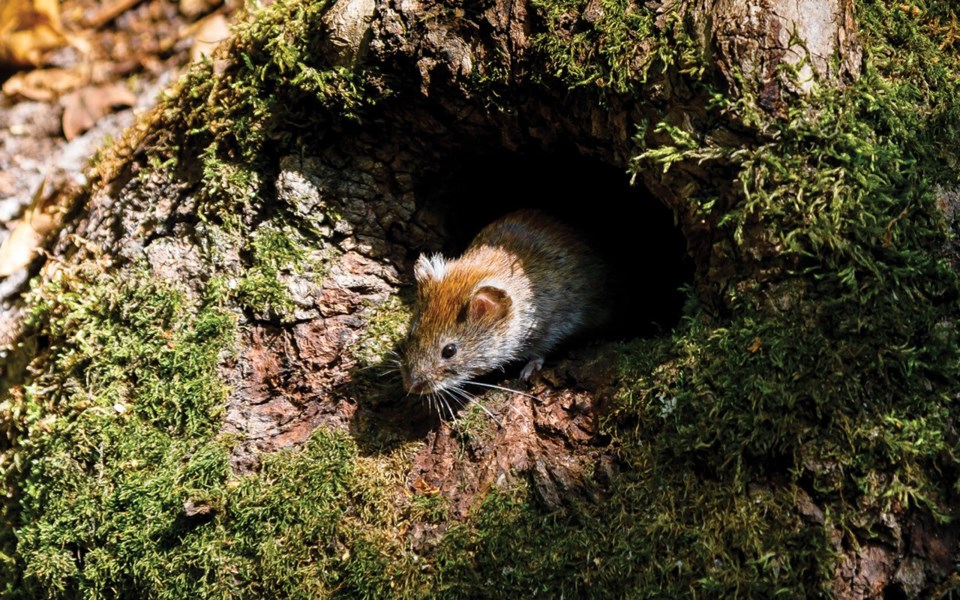 Under current legislation, forestry companies operating in B.C. are required to dispose of all of the debris piles they produce, unless special exemptions are made by the province.

But according to Tom Sullivan, a professor emeritus at the University of British Columbia in biology and forestry, that requirement should be amended.

Debris piles can speed up habitat restoration and should left at appropriate levels in appropriate areas, said Sullivan.

"If we are trying to restore forests, a good place to start is to leave some woody debris out there that animals will make use of and colonize," he said.

"It speeds up the process ... [of] forest regeneration."

Sullivan's studies have shown that such piles, which are often made up of branches and undesirable timber, provide valuable habitat for displaced animals such as martens, fishers, and small weasels that do not like clear-cut land.

"They don't like to be in the open, so they tend to disappear," said Sullivan, referring to the critters. The same goes for "some of their prey species, in particularly a species called the red-backed voles."

With a stouter body and shorter, hairy tail, voles—or, as they are more commonly known, field mice—are small rodents related to mice.

Over the years, Sullivan has studied debris piles in Golden, the Okanagan Highland, and the area between Merritt and Peachland, comparing them to logged areas where no piles were left.

The studies determined that populations of red-backed vole were maintained in logged western coniferous forests that maintained several debris piles.

Areas that were clear-cut and didn't leave any saw a dramatic decline in the species.

"We just asked the question, 'If we could conserve some of these debris piles in some of these open areas, would the red-back vole and other species of rodents and their predators use them?'" said Sullivan.

"And the answer, after several years of study, seems to be, 'Yes, they do use them.'"

Sullivan has also observed larger animals use the piles.

"In terms of larger animals, we know that black bears use these piles to hibernate in," said Sullivan, clarifying that such observations are anecdotal rather than scientifically proven. "Deer fawns, porcupines will also use them as nesting sites."

Sullivan added that there are some areas where leaving piles is not appropriate. Namely, areas close to large populations where there is increased risk of arson.

"This needs to be done in the backcountry—and that's where forestry is done anyway," said Sullivan.

According to Sullivan, one of the main reasons the province requires companies to get rid of debris piles is forest fire risk, with the piles potentially acting as an accelerant for raging fires.

But Sullivan said that there is little evidence that supports that.

"I would also say there isn't much evidence to say that they necessarily make a fire situation that much worse," said Sullivan.

Tom Cole, operations forester for the Cheakamus Community Forest, said he is intrigued by the "evolving science" surrounding debris piles and the CCF is already experimenting with them.

In fact, the CCF was recently given permission by the RMOW's contracted fuels specialist to leave a limited number of small, knee and waste-high piles at some of its fuel-reduction projects in the Sea to Sky corridor, said Cole.

"We've gone from a 100-per cent removal, to where we are leaving four to five waist-high piles per hectare," said Cole.

"That's what we are going to try in the Cheakamus area."

The piles are small and will quickly decompose, and forestry workers "leave smart piles" that are strategically placed and will benefit the ecosystem, added Cole.

Cole, however, is quick to point out that the region faces high forest fire danger and that that informs the CCF's cautious approach.

"Most of the areas we operate on are in the really high hazard zone," said Cole. "We're in an area that (Sullivan) is not really referring to ... He's talking about the hinterlands."

While hopeful that a provincial policy change is possible, Sullivan acknowledges that forest fire risk will figure large into any government decision making.

"With these last two summers of fire, they see it as a risk," noted Sullivan.