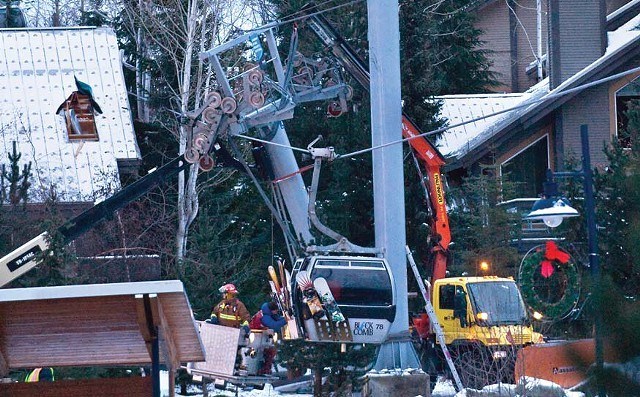 Another snowboarder in the Excalibur Gondola collapse has settled his case out of court.

The details are confidential.

Trick was one of 11 people represented by Nancy Wilhelm-Morden who were suing Doppelmayr and Whistler Blackcomb in the wake of the Dec. 2008 accident. To date, nine have settled out of court.

One trial has been rescheduled and another case went to court in the second week of April. The judge in that case is expected to hand down his judgment within 30 days.

Trick was stuck in a gondola car for two and a half hours awaiting rescue after the top half of Tower 4 sheared off from the bottom, causing the cable to sag and cars to bounce towards the ground.

Whistler Blackcomb will not comment while the matter is before the courts.