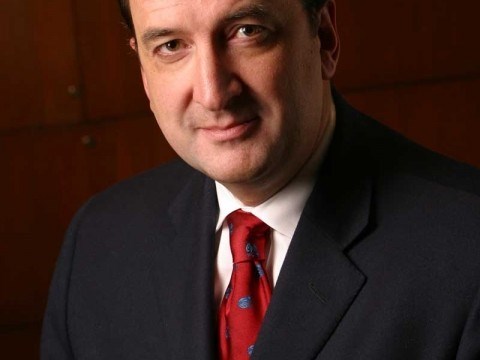 A former Progressive Conservative is seeking the Liberal nomination in West Vancouver-Sunshine Coast-Sea to Sky Country.

Daniel Veniez, formerly the chair of Ridley Terminals and a former president of the Skeena Cellulose forestry company, said he's tired of the direction the country is taking under the Conservatives and wants to help get the Liberals into government.

"I'm at a point in my life where I've decided maybe enough's enough," he said. "Maybe as Teddy Roosevelt said, I should go into the arena."

Veniez, a Montrealer who now lives in Vancouver's west side, isn't all that new to the political arena. He attended the Liberal Party's national convention in 1982 and became vice-president of organization for the Young Liberals of Canada.

He later worked on former Prime Minister John Turner's leadership campaign but fell out with him over his move to the left. From there Veniez joined the Progressive Conservatives as Brian Mulroney swept to power and worked in that government under three cabinet ministers.

In 2007 he was recommended by then-Transportation Minister Lawrence Cannon for the chairmanship of Ridley Terminals Inc., a federal Crown corporation located in Prince Rupert that moves coal and other commodities from trains on to ships.

Veniez came head to head with the Harper government over his administration of Ridley Terminals in a series of events that led him to offer his resignation for Aug. 30, a process that the Conservatives accelerated up to mid-June.

Veniez was appointed to the job with a mandate to "clean the place up" and provide the government with some policy choices after the corporation was doing far less business than was expected of it. The former chair wrote in a May 2009 op-ed piece in the National Post that it was built for a capacity of 24 million tonnes but never exceeded five million tonnes of product.

"Over the previous 15 years, this business was being run into the ground," Veniez said.

At one point in his tenure at Ridley, Veniez wanted to end subsidies to what he calls "multibillion dollar" enterprises and charge them market rates for loading their material on to ships.

"These folks were getting deep, deep discounts, anywhere from 40 to 60 per cent off market rates," he said. "The taxpayers were subsidizing that at the expense of new equipment or new capital at the terminal. At the end of the day these jobs were in jeopardy because we weren't putting money back into the business."

That, he said, is what got him in trouble with the feds. The corporation started raising prices and the companies that initially benefited from those subsidies began raising concerns with federal ministers, as Veniez tells it. He and the board of Ridley Terminals later held a meeting in Ottawa with some Conservative cabinet ministers and explained to them why they were eliminating the subsidies.

Following that meeting another corporation upset about having to pay more to use the terminals met with the same ministers and expressed their own concerns about the Ridley board's decision to stop the subsidies.

Veniez claims to have found out about that meeting from a Globe and Mail reporter when contacted for comment, and at that point decided to resign.

A June letter to Veniez from Rob Merrifield, Minister of State for Transport, indicates that he was ready to resign effective Aug. 30 but the minister wanted the resignation "effective immediately."

"These guys are a vindictive bunch and they decided instead to undermine us surreptitiously," he said.

Now seeking the Liberal nomination in West Vancouver-Sunshine Coast-Sea to Sky Country, Veniez said he's interested in the riding because it has a mix of economic sectors including manufacturing, forestry and tourism.

He wants to represent it in Liberal red because Conservative actions while in government have put him off - actions that include attack ads targeting major Liberals like leader Michael Ignatieff and Bob Rae.

"The country needs some serious, thoughtful leadership and I've had enough," Veniez said. "It's one of those moments that's the result of... a cumulative set of policy, attitude, style, the cheap artistry that you see coming from these folks."

John Weston, the Conservative MP for the riding that Veniez hopes to contest, said his prospective opponent may need a lesson in geography.

"I noticed that he said he wanted to be the Member of Parliament for West Vancouver," Weston said, referring to a previous article about Veniez's candidacy. "That suggested he didn't realize it's one of the largest, most complicated ridings in the country."

Asked about the situation with Ridley Terminals, Weston said people in his riding don't want to return to "unnecessary contentiousness" - ostensibly referring to former Liberal MP Blair Wilson, who left the party over allegations that he overspent during the 2006 election.

The MP went on to say he's worked hard to bring federal cabinet ministers to the riding, among them federal Heritage Minister James Moore, who will be at MY Millennium Place on Sept. 2 from 1 p.m. to 2:30 p.m. for a dialogue with Whistler's arts community.