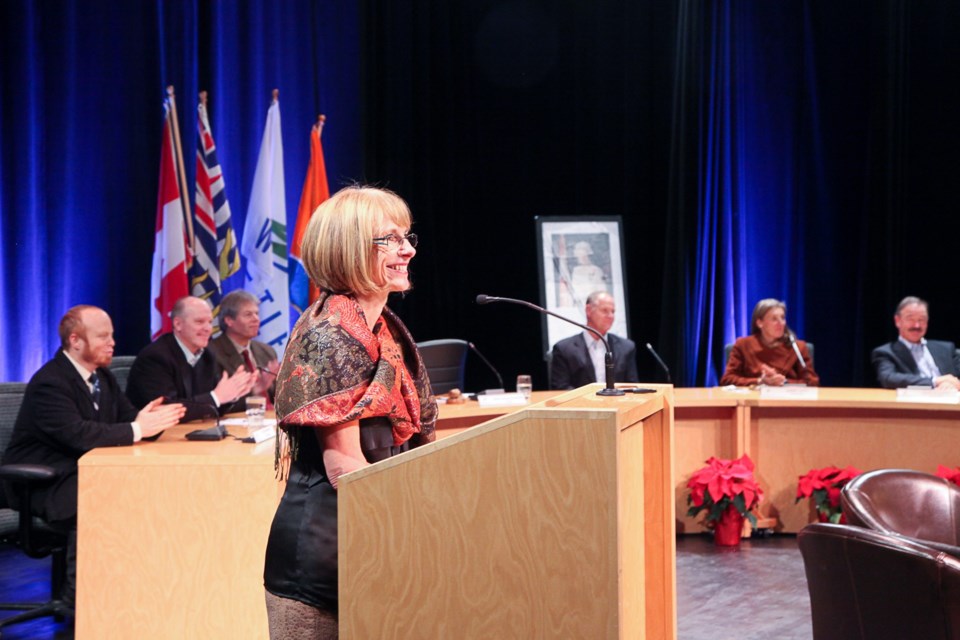 The new council wants pay parking scrapped in Lots 4 and 5, and all the lots free after 5 p.m., just in time for the busy Christmas season in Whistler.

In its first meeting to discuss business Wednesday night, the new council unanimously voted to bring back free parking in the two day lots by December 21, continue charging $8 per day in Lots 2 and 3, $15 year-round in Lot 1, and have all the lots free of charge after 5 p.m.

Council's resolution directed staff to renegotiate the terms of the operating agreement with Whistler Blackcomb; in the meantime, pay parking remains.

"Obviously this resolution does not achieve what I promised the community," acknowledged new mayor Nancy Wilhelm-Morden, referring to her election campaign promise of getting rid of pay parking entirely in the day lots.

She called this a "compromise."

"That happens in politics," she said.

Doug Forseth, of Whistler Blackcomb, said the committee is recommending some "tweaks" to the council resolution.

As for removing pay parking from Lots 4 and 5, he said:

"I'm not sure that we think that's the best decision but it's the popular decision to make. It's where this community wants to go."

The financial ramifications of the decision could be higher than $300,000, according to staff estimates. That will be factored into the 2012 budget discussions in the coming weeks.

Pay parking across the day lots has been in effect since Nov.1. In that time revenue has been 45 per cent higher than anticipated at more than $51,000.

More than 300 passes were sold too with a value of more than $40,000. The municipality is looking into a prorated rebate program for those pass holders.

Council also voted unanimously to reduce the mayor's salary by $10,000 effective immediately, to bring it in line with the average of the six cities in the Lower Mainland used as a benchmark to form council's salaries.

"The councillors salaries are at an appropriate level," said the new mayor.

Also on the agenda, and also getting unanimous support, was the decision to appoint an Illegal Space Task Force Select Committee to consider the illegal space in single-family homes and bring forward a report to council by March 1, 2012.