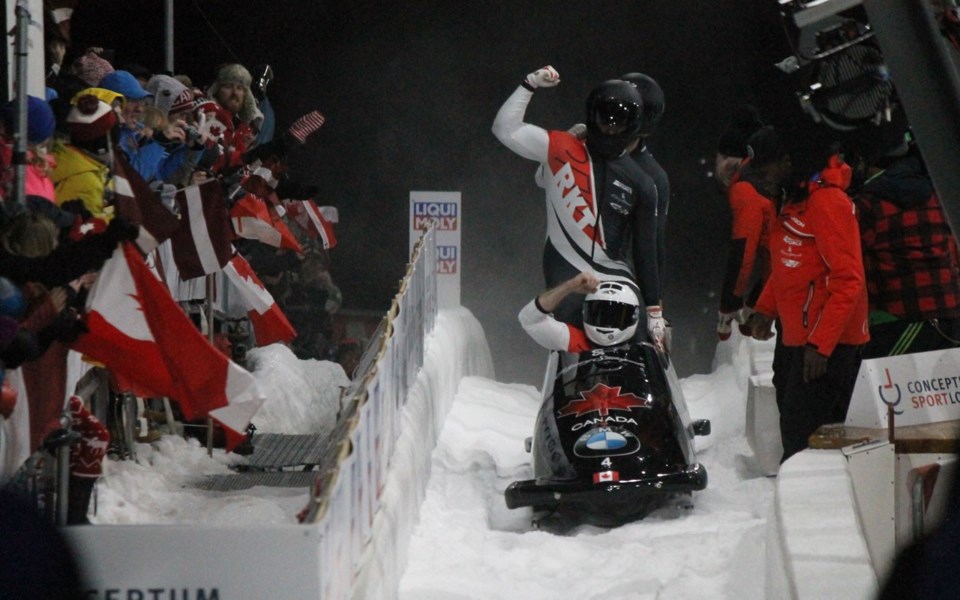 Germany's Francesco Friedrich capped an incredible 2018-19 season with his second gold at the BMW IBSF World Championships in as many weekends.

Fresh off sliding to two-man victory on March 2, the pilot hit the top of the podium again in the four-man race at Whistler Sliding Centre on March 9. His team, which also included Candy Bauer, Martin Grothkopp and Thorsten Margis, won the final three heats to best sleds driven by Latvia's Oskars Kibermanis and Canada's Justin Kripps.

Friedrich, who has historically had mixed results on the Whistler track, was near perfect at the World Championships-and overcame some pain to do it.

"It feels so great and we did a great job (even) with an injury to one of my legs," said Friedrich after capturing the second four-man World Championship of his career. "It feels so good and I feel so happy and proud of our best."

"We were really happy to get the two-man medal, obviously, but it's a little bit sweeter to get the four-man because we haven't had much success in four-man," he said. "It's been awhile, too, since Canada's won a four-man medal at World Champs, so it's pretty awesome."

Kripps said it was also gratifying to have such success considering the foursome was a new team this year. While Stones and Coakwell are veterans, Sommer is a relative newcomer and quickly learned under the old hands.