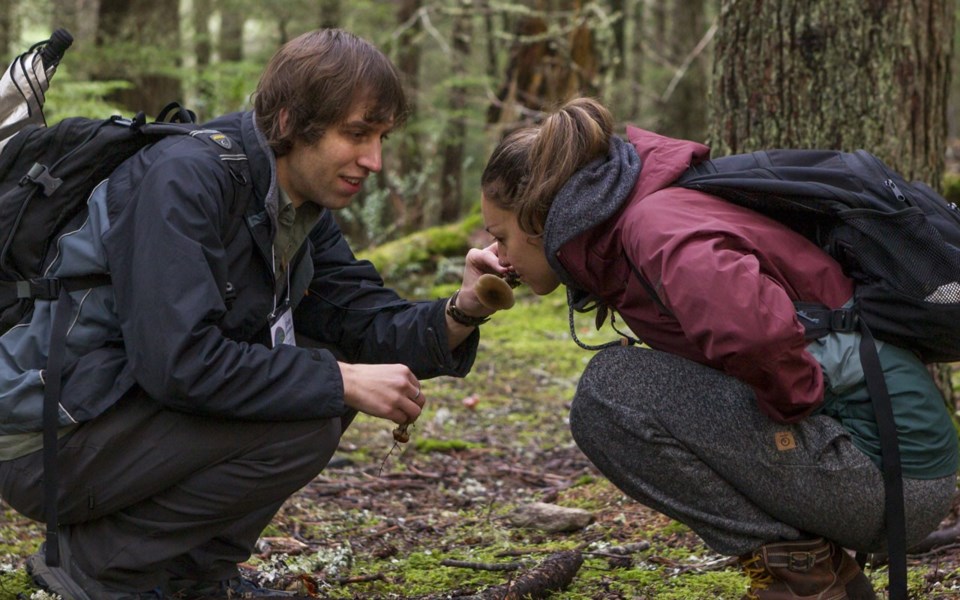 FUN GUYS Roughly 190 people participated in mushroom walks at the 2019 Fungus Among Us festival. Photo by Joern Rohde / Courtesy of the Whistler Naturalists

According to the Whistler Naturalists' Bob Brett, there's a saying among mycologists that gets at mushrooms' critical importance to our ecosystem: "No fungi, no forests."

For 17 years, the Naturalists' Fungus Among Us festival has sought to drive home this point through a series of engaging mushroom tours, talks and culinary tastings.

The weekend event, which ended Oct. 19, sold out for the second year in a row, welcoming close to 200 attendees and more than 22 experts, who led foraging walks, a gourmet tasting, and a closing mushroom display.

"More than half the different types of fungus in our forest are connected to the roots of trees and have a symbiotic relationship with them, where they transfer food and water back and forth," Brett explained. "Most of the rest of them are decomposers, and without those nothing would work. Everything would stall and our ecosystem would not exist, we would not exist."

In all, roughly 200 species of fungi were tallied, including more than 20 species never recorded in Whistler before, putting Brett's master list from over the years at close to 1,000.

One notable find was the

"The way that that was found was near Myrtle Philip [Community School], right beside a bear scat. It might've been a bear that dug it up," Brett explained. "The way the truffles get their spores around is by having a really fragrant odour that animals can smell and then they dig up and then spread it with their scat."

Brett said the mushroom finds have also been useful in correcting the record on historically mislabelled fungi.

"One of the things that's happening in North America is that, because of DNA, scientists are finding that many of the names that were given to all the different types of fungi are European names, and through DNA they're finding that, actually, they're totally different species," he explained. "DNA is upsetting the apple cart all across different species groups, from plants to lichen to mosses. Everything. A lot of what they're finding, through DNA, is that there are species-level difference between continents. Things that were considered the same are not."

Along with its goal of adding to Whistler's list of recorded fungi, Fungus Among Us also incorporates an important educational component. Experts held talks with 23 local classes at Myrtle Philip, Spring Creek and Whistler Secondary School, reaching roughly 500 students in all.

"Our mission is to increase the knowledge of and appreciation for nature in the Whistler area," said Whistler Naturalists' volunteer and event organizer Kristina Swerhun. "It all comes back to conservation and stewardship, because without knowledge, without getting people excited, you can never ask them to protect something they don't love."

After selling out in just three days this year, Swerhun said organizers "would love" to land a larger venue for next year's festival talks, which max out at a capacity of 130 at Myrtle Philip Community School.

With how popular foraging for mushrooms has become, Swerhun also said that could become a larger focus of the festival in future years.