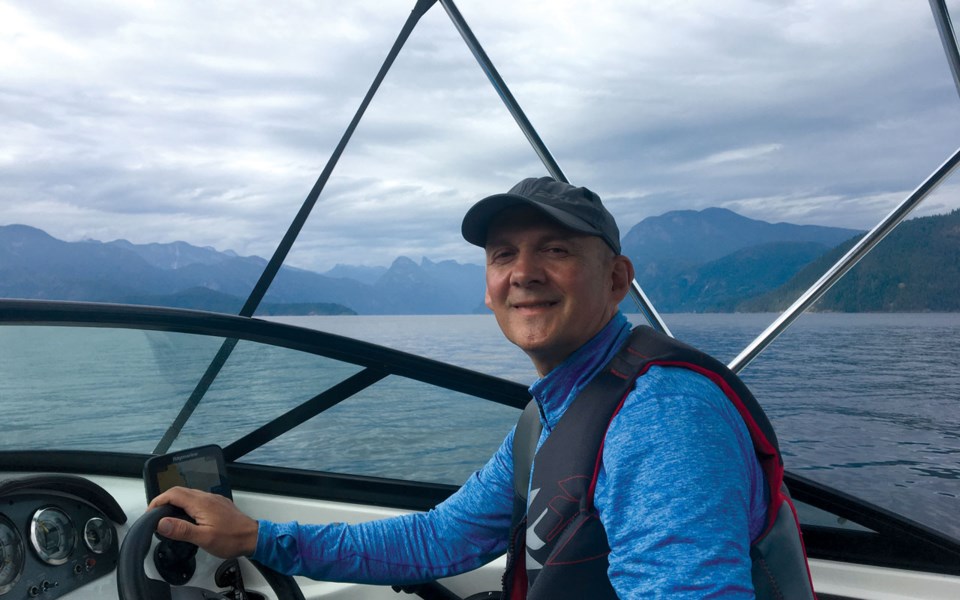 Throughout Mike Furey’s nine-year tenure as chief administrative officer for the Resort Municipality of Whistler (RMOW), there wasn’t much talk of salacious scandals, internal dissent, or mass outrage from the community.

There were challenges, sure, and missteps, as well as warranted criticisms from council watchers—but no controversies so large that they overpowered the municipality’s authority to govern, as it could be argued has been the case in the past.

“I did sort of take that approach … to not be creating headlines that there is a lot of turmoil, and challenges,” Furey said. “[I was] trying to create more an environment of stability, and a continuity of good governance and service delivery.”

For many, the inner-workings of municipal government are not a sexy topic—a fact not lost on Furey.

“A lot of people may find the operations of governments and the mundane policies sort of tedious, but I’ve always felt that government and particularly public policy was one of the more important callings you could have,” said Furey, who has worked in the public sector across all levels of government over a 34-year career.

Good governance is particularly relevant in the current context of COVID-19—and in comparison with how other jurisdictions have handled it, Furey said.

“In today’s world, there is a lot of turmoil happening all across the globe, and particularly (with) our neighbours to the south … I don’t think people take it for granted, but having a strong order of government and the recognition of the importance of our social programs, and even our taxation, as contributing to the great society that we have (is important),” he said.

“Having that stable and orderly government is what makes our country able to respond in a very compassionate and empathetic way to things like the coronavirus.”

With his final council meeting on June 23, Furey is officially retired from the RMOW, and new CAO Virginia Cullen has taken the reins—but his impact will no doubt be felt for years to come.

Anyone who has come within earshot of a Whistler council meeting in the past decade should be familiar with the phrase “evidence-based decision-making.”

In the months and years following Furey’s recruitment to the RMOW, it would become the driving force behind all policy decisions at municipal hall.

The idea was to look at research and data analysis as an important foundation for strategic planning, Furey said.

“And really trying to combine the sort of empirical analysis with the input from community members and community organizations.”

That balance isn’t always easily achieved, as evidenced by the community opposition to housing projects in certain neighbourhoods as of late.

“Whistler is very fortunate in that it has a very engaged community … I think we have over 125 local volunteers on our committees, and they’ve been instrumental in informing our decision-making,” Furey said, adding that there has been challenges in finding a balance between localized neighbourhood interests and the overall wellbeing of the community in regards to some of the aforementioned housing projects.

“We certainly appreciate that when something comes into an individual’s neighbourhood, we want to understand and take into account their views, but at the same time … trying to balance that off while the community does have a significant housing challenge,” he said.

“And it’s very difficult to find the perfect location, that meets all parties’ interests, including the taxpayers.”

Though the decisions are council’s to make in the end, Furey’s emphasis from the beginning was on evidence-based decision-making, “and using research and data analysis to inform staff’s advice to council,” he said.

Key, too, was the strengthening of resort partnerships.

“One of the other things I’ve focused on was partnership and collaboration, both with the partners within the community but (also) outside and with the provincial government, and also working with our First Nations partners in the corridor,” he said.

When Furey joined the RMOW in 2011, “the community was facing pretty strong economic headwinds,” he recalled.

“There were a lot of ideas on how to go forward, and how to respond to that, and with the Economic Partnership Initiative (EPI) that we brought together, that has resort partner leaders involved in it and a lot of community engagement involved in it, we really went back to basics.”

By applying the evidence-based decision-making lens to Whistler’s economic engine—tourism—Furey and the RMOW were able to identify things like gaps in visitation, and where the best return-on-investment was in terms of marketing.

A focus on attracting world-class attractions like the Vancouver Symphony Orchestra and Ironman Canada helped transform Whistler into a year-round tourism powerhouse, while keying in on cultural tourism offerings like the Audain Art Museum helped round out the resort’s offerings.

The work of the EPI, in part, lead to a record-breaking 3.4 million visitors to Whistler in 2018.

“There wasn’t a specific (visitation) target that was in mind at that time,” Furey recalled.

“And it certainly wasn’t just the work of the EPI; it was global factors like the U.S. exchange rate, and Tourism Whistler marketing and Whistler Blackcomb investments, etc.”

But with the success came consequences, most notably in the form of a housing crunch that hit the community hard in late 2015.

The response from municipal hall at the time was to form the Mayor’s Task Force on Resident Housing, with a mandate to address the issue—but there were broader lessons as well.

“I think we sort of learned from that, and this you’ll see embedded in the OCP, is [the concept of] balanced community capacity,” Furey said.

“It’s really trying to find the balance between maintaining Whistler as a wonderful place to live and play, with maintaining a healthy and strong economy.”

For all the peace and order that defined Furey’s tenure, the COVID-19 pandemic has turned the resort on its head.

The pandemic has added a convoluted sidebar to the narrative of Whistler’s success, “but at the same time, I think COVID offers an opportunity to revisit and continue to work on a balanced resort capacity, and refresh the ideas coming out of [the Official Community Plan],” Furey said.

“I still believe the OCP, which was developed pre-COVID, is as relevant today as it ever was in terms of maintaining the core of Whistler’s strengths around our environment and our mountain culture, etc.”

On the topic of COVID, another priority for Furey during his tenure was emergency response planning, he said—including wildfire mitigation, evacuation planning and more.

Investments into the RMOW’s Emergency Operations Committee helped set the municipality up for success when worse came to worst.

“When COVID did arrive, I felt we were as prepared as we could have been, and the Emergency Operations Committee just hit the ground running,” Furey said.

It also helped that the RMOW was in a strong fiscal position at the outset of the pandemic, he added.

“We did take a significant hit on our revenue sources, but I think we are able to be in a place of some stability in this storm to plan for the future.”

And speaking of the future, it’s hard to say when or if Whistler will return to its former tourism glory once the pandemic finally flames out.

“One of the keys to success going forward is already in place, and that’s the collaboration between the resort partners, which has never been more important,” Furey said.

“There is lots of diverse views in the community, and with the different resort partners, but I think overall there is an underlying consensus on making Whistler a world-class resort and preserving and building that mountain culture.”

While Furey is “retiring” from the RMOW, he’s not ready to call it a career just yet.

“I think I have more to contribute on the work side, and I generally think I’m more programmed for work than play,” he said. “I’m hoping to find more balance around that.”

In the meantime, he and his family will be staying in Whistler.

Asked for his highlights from his time with the RMOW, Furey had a long list of projects and achievements of note—work on housing, securing Resort Municipality Initiative funding, adopting the Official Community Plan, and enhanced relations with local First Nations among them—but the dedication of municipal staff tops the list.

“That’s been a great part of the last nine years, and really trying to create an environment where staff had the room to be innovative; I tried to support failures and support things we weren’t successful at, because that’s how you enable innovation,” he said.

“And I tried to demonstrate on a daily basis that I had staff’s best interests in mind constantly.”