GAS to provide a cheaper alternative to Whistler 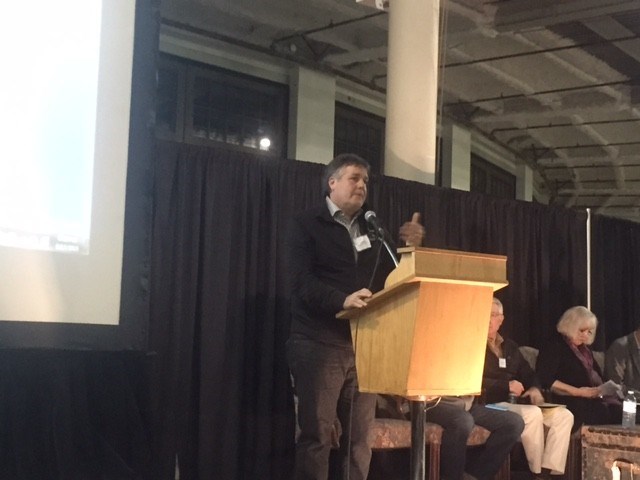 David Negrin, the driving force of Garibaldi at Squamish, asks crowd to work with them through all-season resort development

The proposed four-season ski resort project in Squamish is not designed to compete with Whistler, according to its president of development.

"I want a different experience from Whistler," David Negrin of Aquilini Development and Construction Inc., told an open house on Thursday, Sept. 17 in Squamish.

To differentiate the two four-season resorts, just half an hour apart, Negrin said Garibaldi at Squamish (GAS) would be more affordable than Whistler, among other things.

Yet, much like Whistler, the Garibaldi at Squamish project will be designed around a ski resort, potentially with tourism draws like ziplines, alpine coasters, restaurants and shopping - and 22,000 bed units of accommodation. It is proposed to spread over three villages on Brohm Ridge - the Upper Village, Garibaldi Village and South Village, with a proposed European-style railcar system connecting the villages.

More than 100 people attended the open house with several concerns ranging from how the developers will deal with sewage and displacing wildlife, to the Squamish Nation concerns about developing on traditional territory.

Others, such as former mayor Corinne Lonsdale, sited the long-term jobs and the property taxes as reasons to support the project.

Representatives from the Resort Municipality of Whistlerand Whistler Blackcomb, which have each expressed concerns to government about the proposed resort, also attended.

"I really have one message," Negrin told the crowd. "We are here to work with you."

The open house is part of the ongoing Environmental Assessment process. Developers are hoping to secure an EA certificate this fall to move the project to the next steps.

To read more about the proposed project pick up the Pique next Thursday, Sept. 24.