Getting a handle on fentanyl rates in the Sea to Sky

Public now has a better picture of the opioid's prevalence in the corridor
Mar 28, 2018 6:00 PM By: Brandon Barrett 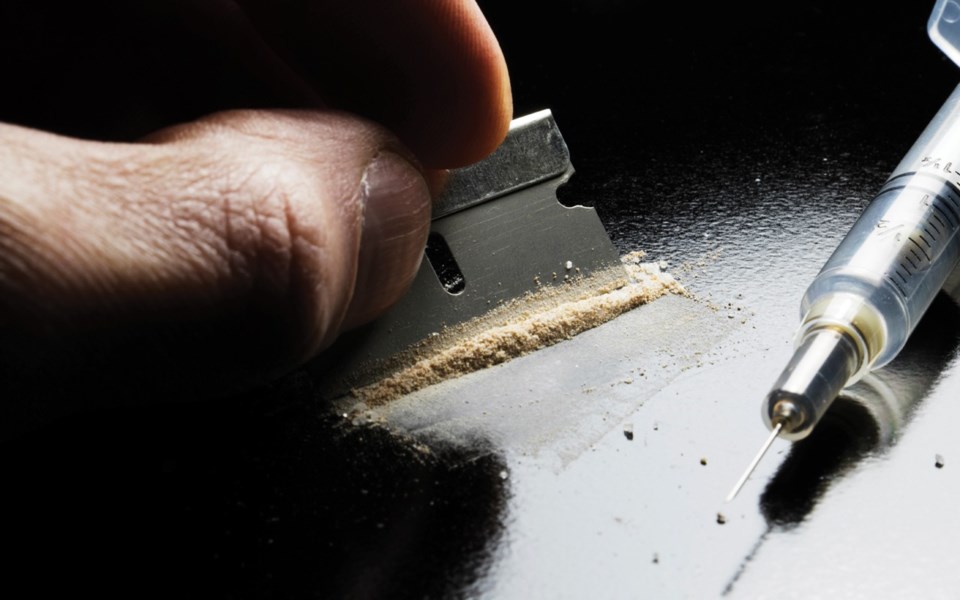 fentanyl finding Earlier this month, the Whistler RCMP relayed that there were eight fentanyl-detected deaths in the Sea to Sky last year, the first time such a statistic had been presented publicly. <a href="http://www.shutterstock.com">www.shutterstock.com</a>

Given how pervasive fentanyl has become in other parts of the province, combined with Whistler's reputation as a party town and all that entails, it wouldn't be surprising to learn that the powerful synthetic opioid has found its way to the resort.

But getting concrete data on the drug's prevalence in Whistler and the Sea to Sky in recent years has been a challenge. That's what made a Whistler RCMP presentation to local officials at a March 6 council meeting so noteworthy; in his annual look-back on the year in crime, Insp. Jeff Christie relayed that there were eight fentanyl overdose deaths in the corridor in 2017. It was the first time such a figure had been presented publicly, proving definitively that the corridor is not immune to the effects of B.C.'s ongoing opioid crisis.

The dearth of information locally is due to the BC Coroners Service's (BCS) communications policy. The provincial agency breaks down overdose deaths by health service region—there were 42 fentanyl-detected deaths in the North Shore-Coast Garibaldi region last year,* which encompasses Whistler—and doesn't typically drill down into community-specific figures when the number of deaths per year falls below 10.

The reasoning behind the policy speaks to the delicate balance the Coroners Service must strike between public safety and personal privacy.

"In townships under 10, due to variability in small numbers, and privacy concerns ... we're unable to (provide overdose death statistics)," explained Andy Watson, strategic communications manager for the BCS.

"Our worry is A) that we might be putting out misinformation, and B), that if we put out information in a small community, somebody could pinpoint, through a mosaic effect—maybe there was an obituary in the paper, or maybe they see something on Facebook—who the decedent was."

"The Sea to Sky area is contained within the larger North Shore-Coast Garibaldi health service delivery area, and I'm the medical health officer for that area and I find (the policy) quite frustrating, because obviously the Sea to Sky is different than the Sunshine Coast, which is different than the North Shore, and it can be very difficult for communities to tell to what degree this problem is affecting them," he said.

The BC Coroners Service's policy is aligned with many other agencies, Watson noted, adding that the organization goes to great lengths to inform the necessary authorities when overdose trends emerge. The BCS releases monthly overdose reports to health agencies, and is the only coroners' service in North America that provides preliminary data on an overdose death before the investigation is concluded—a process that can take months.

"That's a huge advantage for us to be able to fight this epidemic across the province," Watson said. "Because we realize how important timely and accurate data is to service providers and our partners, including the health authorities, if we go to a scene, and we suspect that it's an illicit drug overdose death ... we will classify that as such and count that data in our initial findings."

In the case of a suspected illicit overdose death, the agency will also expedite the toxicology report to more quickly determine exactly what was in the decedent's system.

While he was unable to provide specific opioid data for Whistler, Lysyshyn did give some additional context on how the Sea to Sky compares to other areas of the province.

"In British Columbia, we've seen a tripling to a quadrupling in overdose deaths in the last five years. In the Sea to Sky area, I'd say we've paralleled that trend," he noted. ­

Even with the increasing trend, Lysyhyn said the mortality rate for the corridor is still "relatively low" compared to other areas that have been hit harder by the opioid epidemic. He noted that the mortality rate for the Sea to Sky is lower than both the average of 36.7 overdose deaths per 100,000 across all VCH health regions, and the provincial average of 29.9, but "somewhat higher" than the rate for North Shore-Coast Garibaldi, which is 14.7.

Locally, the RCMP has made fentanyl response a priority for 2018. All officers now carry a naloxone kit, used to counteract the effects of an opioid overdose. Police have installed new fume hoods at the Whistler and Squamish detachments to allow for the safe handling of toxic substances, and recently launched a "fentanyl roundtable" with several resort partners.

"The goal of that group is to share local knowledge about the level of fentanyl we're seeing in the area, and the precautions different stakeholders are taking to properly deal with the epidemic," explained Cpl. Mike Hamilton, who has been delivering specialized fentanyl training to officers across the region over the past several months.