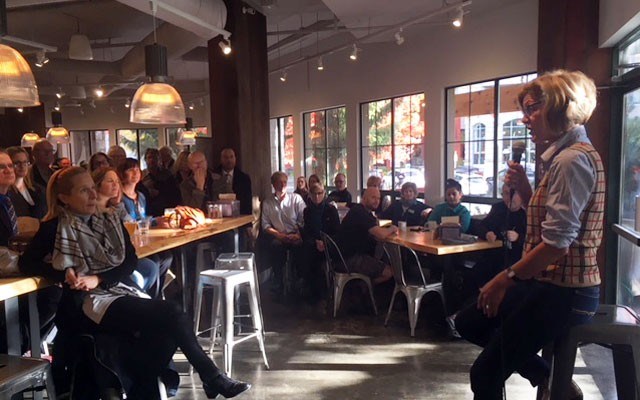 The federal government is tweaking controversial proposed changes to federal tax rules for small business, but the damage may already be done in the eyes of some business people.

"I think this is going to cost them in the long run," said Matt Woods of Coastal Mountain Excavations (CME) in Whistler.

Woods said he was excited when Prime Minister Justin Trudeau was elected in 2015, but the way Trudeau's Liberals have handled their tax proposals has changed everything.

"I just have zero confidence in the guy as a business person," he said.

"I'm shaken, for sure. Definitely going to make me think long and hard about my vote, depending on what comes out of this. It's no good in my world."

It's a common sentiment in the local construction community as of late, Woods added.

"Everybody's just pissed right off," he said. "I think most of us supported the Liberals in the election, and everybody's confidence is all but gone."

Woods purchased CME from his father in 2016, thanks in part to the way the rules are currently structured. He worries about what the proposed changes would mean if he ever wanted to sell the family business to his own children.

"It makes it more expensive to sell to your family than it does to a third party," he said.

But small business owners have pushed back hard, saying the changes would make it harder for them to innovate or to ride out economic downturns, forcing the government to re-evaluate its plan.

Pamela Goldsmith-Jones, MP for the West Vancouver-Sunshine Coast-Sea to Sky Country riding, said she's received more than 1,200 emails and has taken hundreds of phone calls on the topic.

"I actually have never seen anything quite like it, in that it's not just opinion —people have gone to an amazing amount of research, taken a lot of time," Goldsmith-Jones said, shortly after a national caucus meeting on Oct. 16.

Some "tweaks" to the proposed changes were expected to be announced later in the week of Oct. 16.

"Take the time to listen to the minister this week. If you have emailed me then you'll be getting my summary of that early next week, and then by all means, let me know what you think," Goldsmith-Jones said.

"I'm as excited as the next person to hear how our feedback was received, and I think it's going to be good, but we'll know by the end of the week."

Goldsmith-Jones heard local concerns firsthand at an Oct. 11 meeting hosted by the Whistler Chamber of Commerce.

Woods was in attendance, and said he felt Goldsmith-Jones was well spoken and receptive to the business community's concerns.

Bob and Sue Adams, longtime fixtures of the local business community, were also at the meeting.

"I have been a supporter and advocate for small business over the years, (and) I don't think this controversy actually affects the traditional small business owner — 98 per cent of businesses in Canada — a huge percentage of which have less than four employees," Sue said in an email.

"Most of these businesses really are just a personal job creation, and they would wish they were in the position to make enough money to actually qualify to pay more (any) tax.

"Hopefully this Canada-wide discussion on tax will make for a more level playing field in all sectors."

On Oct. 16, the Liberal government announced it will cut the small business tax rate to nine per cent by 2019.

The announcement comes just in time for Small Business Week.

As part of its lineup for the week, the Whistler Chamber is hosting a "Mega Mind Mentor" session featuring Theresa Walterhouse from BDO dedicated to the topic of proposed federal tax changes.