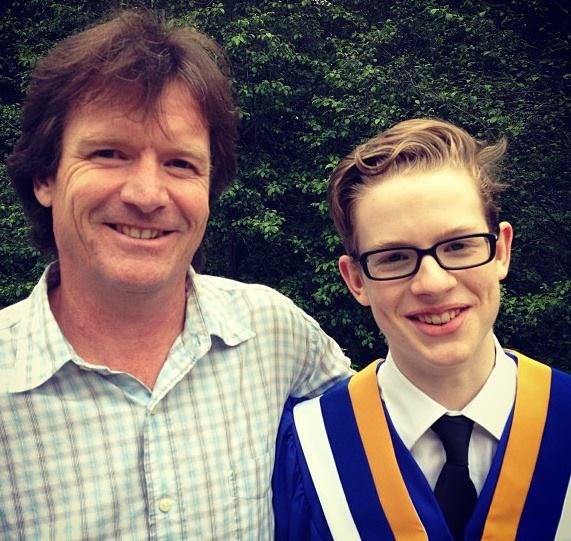 For Kelly Blunden, golf was never about the score, but the people he was lucky enough to share his round with.

So it’s with that spirit that local realtor and family friend Allyson Sutton has organized The Kelly Blunden Memorial Golf Tournament, scheduled for Sept. 23 at the Whistler Golf Club.

“He was just such a fantastic person,” said Sutton. “I think anybody in the community, nobody has anything negative to say about Kelly.”

Blunden was killed May 31 when he was struck by a vehicle while cycling on Highway 99 north of Pemberton. His friend and fellow Whistler Cycling Club member Ross Chafe was also killed in the accident, along with a passenger in the vehicle, Pemberton’s Paul Maurice Pierre Jr.

Proceeds from this year’s tournament will go to the Blunden family. Envisioned as an annual event, Sutton said she hopes to also support the Chafe family in future years as well as other Whistlerites in need.

"If (the Blundens or Chafes) don’t need it in the future, then we’ll continue the memorial golf tournament, but we’ll give the money back to someone in the community that is either in need of it because they lost a parent or a spouse, or they’ve suffered a critical illness or injury,” Sutton said. “Honestly, that’s what Kelly would want; he was all about community.”

Blunden, who worked as the IT manager for the Resort Municipality of Whistler, discovered golf over a decade ago and threw himself into the sport along with his wife, Donie.

“(Kelly) was committed, where one day he was having the high life of a great round and the next day he’s having a horrible round, which all golfers will go through,” said Wade Sutton, who’s known Donie and the Blundens for many years. “It didn’t matter. The fact that he was on the golf course was important, and he had that passion about it. I think the best part about that passion was the fact that he could be out there with friends, and more importantly, with his wife and family.”

Registration is $155, which includes the green free, cart and a dinner buffet. The Whistler Golf Club has also committed to donating $1 from every drink sold to the Blundens.

The evening will feature a silent auction and possibly a memorial slideshow. Sutton is still looking for items for the auction, as well as potential hole sponsors. Contact Sutton at Allyson@wrec.com if interested.

The registration deadline is Sept. 9, available online at www.golfemsreg.com/events/kelly_blunden_memorial_golf_tournament.