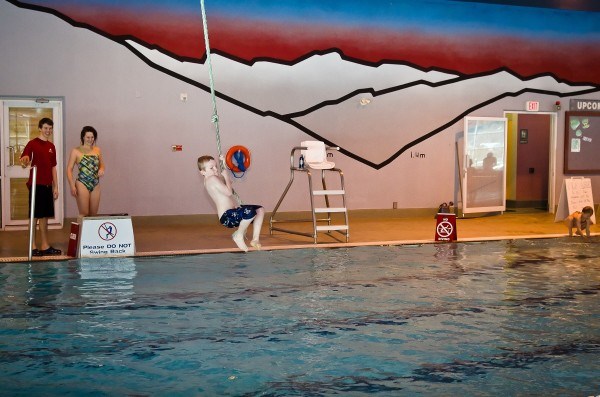 The good news from the municipal budget is that the library will likely be opening on Sundays; the bad news, however, is that it looks like drop-in rates at the Meadow Park Sports Centre are going up.

Preliminary numbers presented at Tuesday's budget open house detail a drop-in fee increase from $8 to $9 this year, for residents and non-residents alike. That's set to jump up another 25 cents in 2014, and another 25 cents again in 2015 — all with a goal of increasing revenues at the sports complex and narrowing the gap with expenses.

It appears to be one of the only black marks on a municipal budget that once again sees no property tax increase, no utility fee increases and instead amps up services over the 2012 levels.

"That's an accomplishment for the entire organization I hope," said municipal finance director Ken Roggeman in his presentation to council.

He cautioned, however, to expect reasonable increases in the future.

And while the budget balances at the hall, the Meadow Park Sports Centre has seen five years of steady revenue decreases. While expenses too have gone down, it's not at the same level as revenues and so there is an ever-widening gap.

The silver lining for locals in the Meadow Park fee increases is that there is a 10 per cent discount on all pass fees for Whistler residents, second homeowners and anyone who can prove they are renting in Whistler.

There are even further discounts on the 30-time pass, the six-month pass and the annual passes "to increase affordability and increase the number of long-term pass customers."

This, despite the fact that roughly 70 per cent of Whistler residents surveyed recently pay the drop-in rates every time they use the facility.

The public library, on the other hand, is getting a $60,000 boost in the 2013 budget to ensure it can open on Sundays, something the community has been clamouring for ever since budget pressures forced it to close one day per week a few years ago.

The funds won't be released until the budget bylaws are approved, scheduled for March 19.

"I would hope that with this notice the library can do what they need to do so that Sunday opening can happen pretty quickly," said Mayor Nancy Wilhelm-Morden.

Roughly 30 people turned out to the open house Tuesday before the council meeting to learn more about the budget.

"I talked to a whole lot of happy people," said the mayor of the feedback at the open house.

She called the process of building the budget a "unique process" this year. "We've seen the results. And they're good."

She later explained that staff managers started off with zero in their ledgers, as opposed to last year's budgets, and started to build their budgets from there — a time consuming and exhaustive process.

"Through that process they were able to find savings so that we were able to deliver a zero and zero budget with service enhancements so it was an extremely good process," she added.

At the budget open house senior staff explained that these projects are "placeholder projects" included in previous financial plans and subject to discussions with senior levels of government.

Time is running out to comment on the budget. The first three bylaws will be coming forward for council's consideration at the March 5 meeting. The budget is expected to be adopted on March 19.