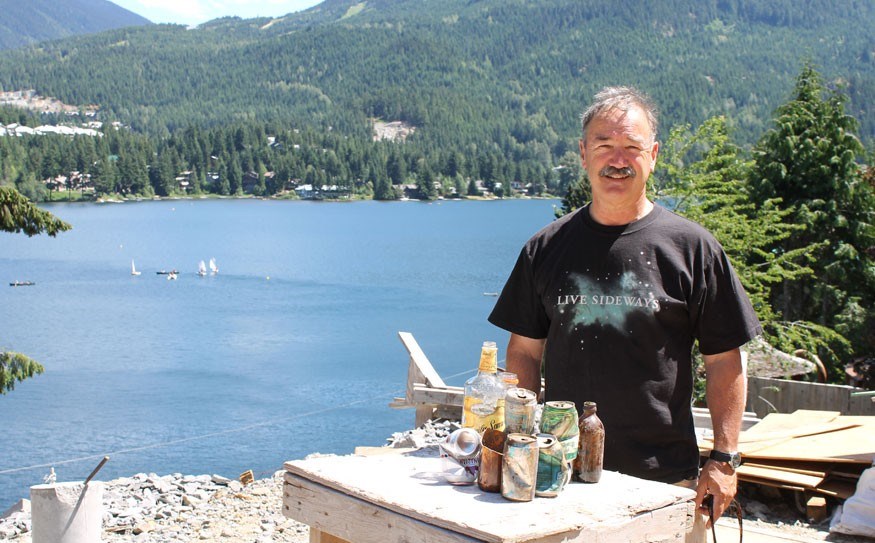 It didn't take long for Roger McCarthy to collect 25 old beer cans, beer bottles and "all kinds of stuff" from the bottom of Alta Lake recently.

And he didn't even have to get wet to do it.

He just rowed along in his boat, close to the shoreline near his house, and uncovered a stash of garbage from the lake bottom with his rake, some of which has been there for years, he said.

Councillor McCarthy is spearheading what has been billed as the Great Lake Cleanup on Saturday, Aug. 3 from 8 a.m. to noon, after hearing concerns about the garbage on the lake bottoms from a local constituent.

The idea has snowballed from there.

"It might become a snowman," joked McCarthy of the organic growth of the event.

"These things that have organic growth are always way more powerful."

But he needs help to make this work.

"It's going to take a lot of people who want to get in the lake and pick stuff up off the bottom," he said.

Already roughly 10 people have volunteered their time, including council colleague Andrée Janyk who will take on Alpha Lake, the lake closest to her house.

"I think it's really important that we keep our public spaces clean," said Janyk.

She was particularly distraught to hear of the number of cigarette butts collected by local students in their recent clean up efforts.

According to the results of the Great Canadian Shoreline Cleanup, cigarettes/cigarette filters were the top litter item collected in 2012 — more than 416,000. Food wrappers were next at more than 98,000, followed by plastic bags at almost 70,000.

The goal of the Great Lake Cleanup is to tackle the bottom of the five local lakes. McCarthy said anyone with scuba gear and snorkels would be most welcome.

With Alta and Alpha Lakes covered, McCarthy is looking for team leaders for the remaining three lakes — Green, Lost and Nita.

He's also looking for sponsors that could help with a thank you BBQ at the end of the clean up.

"I think it's an important thing to do," said the councillor.

To join in the Great Lake Cleanup contact McCarthy at rmccarthy@whistler.ca.