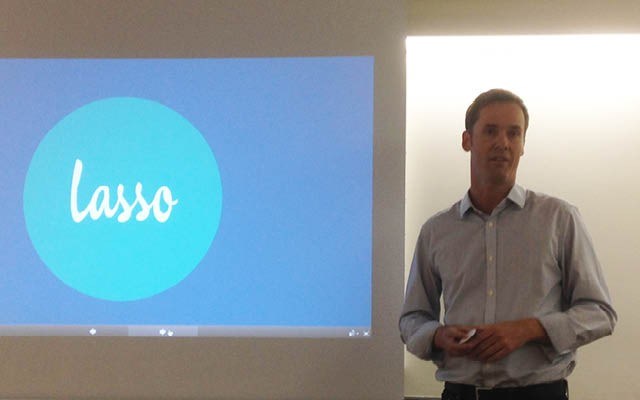 When Whistler-based tech company Guestfolio opened its doors in 2008, it consisted of just two employees.

"Those first two years were just sort of managing and building the application in its original state," said Guestfolio president Duane Hepditch.

Today, Guestfolio employs more than a dozen people, servicing 380 hotels in 241 cities around the world.

With Lasso, Guestfolio hopes to help its partner hotels reach out to guests before they arrive by offering rewards for registration.

"Our company is now finally in this stage where we've grown, that we have more developers," Hepditch said.

"There's more of us, so we could work on something like this. That's really where the idea came from, through our clients."

But Guestfolio isn't the only tech-startup success story coming out of Whistler.

Joe Facciolo, co-founder of Whistler Tasting Tours, has seen substantial success in the last year with his own tech company, gift-giving app Guusto.

"It's a pretty young project, (but) the response has been great," Facciolo said.

"On the restaurant side we've already been able to onboard a number of national merchants."

With Guusto, users can send food or drinks to friends or clients from wherever they might be at the time.

"Essentially we're taking the idea of picking up the tab at lunch for a client, or maybe buying a friend a drink, and allowing you to do it from anywhere when you can't be there in person," Facciolo said.

While service-industry-related apps have room to thrive in a resort environment like Whistler, Facciolo said he doesn't think your tech company has to specify to enjoy success in the mountains.

"Whistler is just such an amazing place, and offers literally world-class amenities," he said.

"In my experience working in tech, a lot of us work probably way too much. We're kind of workaholics, and being able to be so close to the ski trails, the bike trails, the hiking trails, is awesome."

While Whistler might not be a breeding ground for developers, the backdrop makes it that much easier to attract talent, Facciolo said.

And seeing companies like Guusto and Guestfolio succeed won't hurt either.

"If there's other success stories coming out of Whistler, then there's no reason that it won't attract more talent and more people in the tech industry up to Whistler," he said.

In an emailed statement, Whistler Chamber of Commerce CEO Val Litwin said Whistler has "all the right ingredients" to attract some of that talent.

"The appeal of the mountain lifestyle, the tech infrastructure legacy from the Olympics and our proximity to Vancouver gives us a unique advantage to attract great talent," Litwin said.

"We all love it when businesses come here to create more jobs and inject dollars into our local economy. Growth in this sector has the potential to drive an influx of highly skilled employees and their families to the resort."