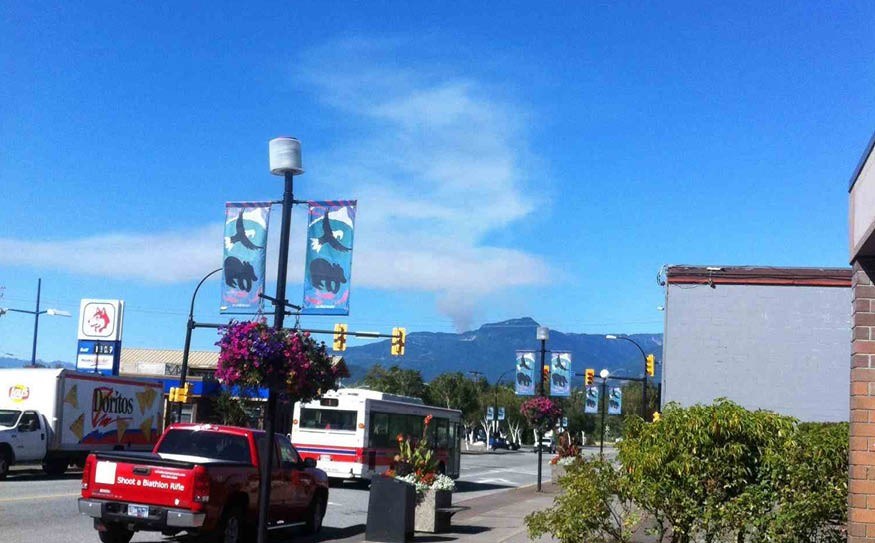 Helicopters carrying water continue to attack the small forest fire in the Culliton Creek watershed between Whistler and Squamish.

Donna Macpherson of the Coastal Fire Centre in Parksville said the blaze is thought to be between four and six hectares, though site mapping had not yet been carried out.

Currently, there are no crews on the ground.

"The fire is reasonably quiet and so we are only using helicopters this morning," she said.

An assessment would be made of the site on Thursday to decide the best course of action to contain and put out the fire. Smoke from the fire is no longer visible.

The fire is about 15km northeast of Squamish.

It is inaccessible in steep terrain and poses no threat. There is a RAPP team of three people, along with one officer and five helicopters covering the blaze.

The fire was described as a holdover fire caused by lightning last week, and has likely been smouldering underground — kept at bay by recent precipitation — only to flare to the surface on Wednesday, made stronger by the wind.

"It was in a chimney on a slope and when this happens the wind can amplify it," Macpherson said.

Macpherson said that other similar fires might flare up following last week's lightning and asked for the public to report any small columns of smouldering or smoke by at *5555 or 1-800-663-5555.

Pique will update with more information as it becomes available.

-With files from John French.