History did not begin with 9/11, says Fuller

Middle East specialist says Western policies have more to do with conflict than Islam
Sep 17, 2010 9:09 AM By: Jesse Ferreras 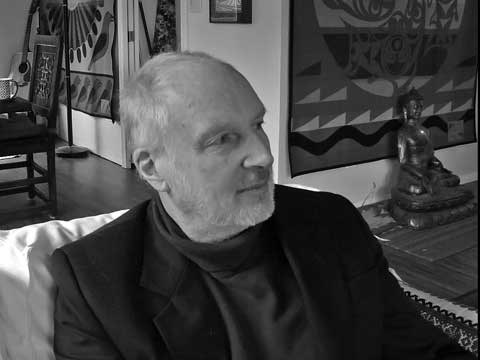 Two days before the anniversary of the defining event of modern history, Graham Fuller implored people to realize it didn't start there.

A former vice-chair of the National Intelligence Council at the Central Intelligence Agency (CIA), Squamish resident Fuller spoke to a packed audience at the Whistler Public Library Sept. 9 as part of the Whistler Forum for Leadership and Dialogue's monthly "First Thursdays" series.

Ostensibly an opportunity to promote his book A World Without Islam , Fuller asked people to try and imagine a geopolitical situation in which the religion did not exist. That way, he said, people can start to see the historical context to the conflict in the Middle East and its spill over into western countries.

"The short and simple, and some may say simplistic answer is, you know, in the end, things might not be all that different than they are today."

In a 27-year career with the State Department and the CIA, Fuller worked throughout the Muslim world in countries including Turkey, Lebanon, Saudi Arabia, Yemen and Afghanistan, once serving as the CIA's station chief in Kabul. In his position at the National Intelligence Council he had responsibility for all national-level strategic forecasting.

His experience in the Muslim world has led him to write five books about Islam, including the most recent one, that focus on extremism in the Middle East and how the United States should alter its foreign policy to deal with it.

When it comes to modern discourse about the Middle East, he feels there's a serious neglect of history.

"It matters as to whether we think Islam is at the root of the problem or not," Fuller said. "If we say yes, of course it's Islam, look at jihad and Mullahs, of course it's about Islam, this is a struggle between religions that can never been reconciled... first of all it's a very simple thesis and simple-minded to lump all these events down to, oh, religion, yes, of course.

"To boil it down to a simple religious conflict, or that Islam hates the west, is too convenient and too self-serving and it lets us off the hook for trying to figure out why or how we can approach this problem."

The problem, he added, is that the West has very little conception of its impact on the rest of the world. The United States, in particular, according to Fuller, delights in being a world superpower that overtook the Soviet Union after the Cold War but it doesn't consider enough the impacts that its foreign bases and cultural influences have on other countries.

"Why isn't it possible to consider that the US's own actions have huge impacts on the rest of the world?" Fuller asked. "That's part of the conclusion of the book. The US has massive impacts on the course of events overseas. Therefore, not to bring that in as part of our study of what the problem is, is self-serving and to miss the whole point."

Fuller's talk was timely given events that are brewing in the United States. In the past few months a tempest has brewed over an Islamic cultural centre to be built some blocks from Ground Zero in New York City. The development has garnered it the moniker of the "Ground Zero mosque," despite the fact it won't be built there.

The "mosque" more recently stirred the anger of Pastor Terry Jones, head of the Dove World Outreach Center, a non-denominational Christian Church in Florida. In response to the controversy, he encouraged the creation of "International Burn a Koran Day," initially slated to take place last Saturday.

Jones has since backed off his plans, but his intentions have already made international news. And it seems everyone, including Fuller, has something to say about it.

"I think it speaks for itself," he said. "I think it is essentially a stunt to make a point, and it has made a point. It further convinces Muslims who these days are quite paranoid, to believe, if there was any doubt about the West hating or having contempt for Islam."