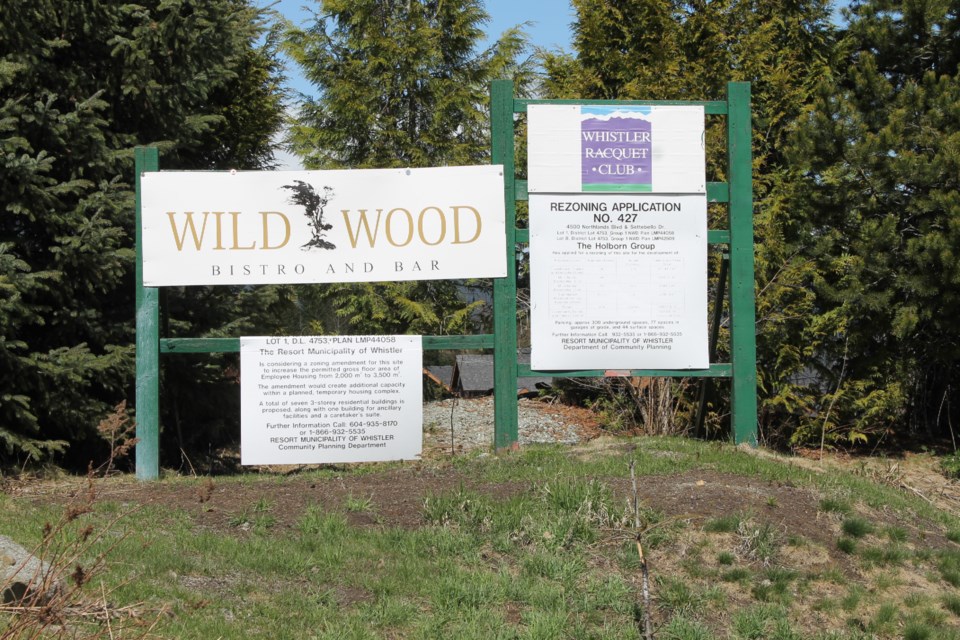 Plans for the Holborn site remain up in the air. By Alison Taylor

Vancouver-based developer The Holborn Group is reaching out to community members to come forward with ideas for the future of the tennis club lands.

Unable to comment in time for deadline last week when Pique learned that the company had closed the file on its rezoning application, Holborn later emailed this statement from president Joo Kim Tiah.

"We are currently researching possible avenues to proceed with a new application for the site," he said. "We welcome members of the community that are interested on what happens on the site to get in touch with us directly, so we can get input and ideas on the best way to move forward on this site."

Mayor Nancy Wilhelm-Morden said since the rezoning file has closed she has had a brief meeting with the developers and staff has met them too.

"The conversations have all been very general," she added.

The zoning on the site allow for a 450-room hotel and spa, as well as a tennis facility as a community amenity. Holborn is not interested in building that, nor was it interested in following through with the rezoning that would have allowed market townhouses and condo apartments and the tennis facility.

"Holborn remains committed to Whistler and its 12 acre site located at Northlands Boulevard," said Kim Tiah. "Whistler is a world class resort and we recognize that great opportunity to create a development that the community will be proud of."

Any comments can be addressed to Yi-Khy Saw at yikhys@ta-management.com.