Cancer fundraising top of mind for local initiatives at 40th anniversary of Marathon of Hope
Sep 15, 2020 2:35 PM By: Dan Falloon 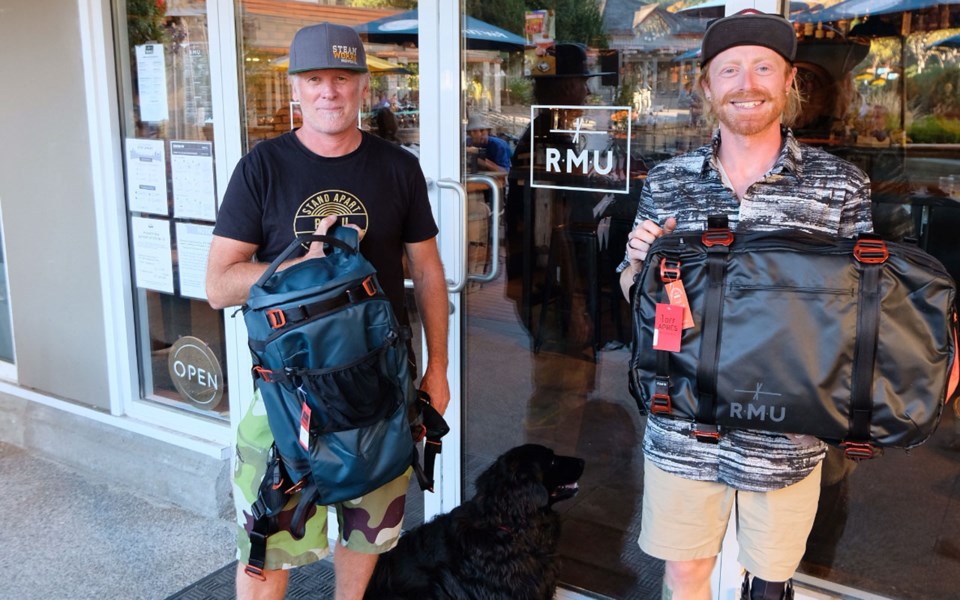 As Whistler gets set to mark the 40th anniversary of Terry Fox’s Marathon of Hope this Sunday, Sept. 20, Paralympic snowboarder John Leslie looks back with appreciation.

Leslie lost a portion of his left leg to osteosarcoma, the same aggressive bone cancer that Fox had, and went on to compete at the Paralympic Games in both 2014 and 2018.

“I directly benefitted from the Terry Fox Foundation,” Leslie said. “We can make the process, the treatment and the recovery a lot better for people. When you think about Terry Fox, his experience with cancer, and when I went through treatment almost 30 years later and now we’re 40 years later, the advancement in the technology and the treatment [is clear.]

“My cancer treatment was more advanced and more specific to beat my cancer because of the research that they’re putting money into.”

Ultimately, Leslie hopes that with more research, those who have osteosarcoma can beat it without losing a limb. Leslie put his money where his mouth is, raising nearly $1,400 at a recent fundraiser for the Terry Fox Foundation at RMU Blackcomb on Sept. 10.

What stands out to Leslie is how selfless Fox’s campaign was.

“He basically sacrificed his life to build awareness,” he said.

Having Fox as a cultural touchstone, even before losing his leg, gave Leslie a point of reference when facing his own cancer diagnosis as a preteen.

“I always thought of him as a Canadian hero and I still do,” he said. “When I had the same cancer, I thought, ‘Of all the cancers to get, at least I got the one where I know the story the best.’

“Even when I go to schools, when kids ask about my leg, instead of telling them I have cancer, I just say, ‘Well, the same thing happened to me as Terry Fox’ and every kid knows what I’m talking about.”

With the 2020 version of the Terry Fox Run taking place virtually at https://terryfox.org/run this Sunday, Leslie is looking forward to taking part. For the past several years, he has been in Europe preparing for the World Cup season in September and doesn’t get to participate, but will join from Tofino this year.

“It’s easy to commit when you can do it from wherever you want,” he said.

Meanwhile, though longtime event host Four Seasons Resort and Residences Whistler won’t host an in-person run this year, the hotel still plans to boost the event, as it is holding a team walking challenge with the goal of hitting 1 million steps before Sunday.

Longtime Whistler musician Jon Shrier is set to come back to town later this month, though admittedly on a bittersweet note.

In memory of family friend Cody Bouchard, who died of Ewing’s sarcoma in February at age 19, Shrier is riding a Onewheel electric skateboard from his hometown of Montreal en route to Whistler, with plans to arrive by the end of the month.

After Bouchard passed, his family opened a letter detailing his wishes for a foundation to be started in his memory to help kids with cancer.

“That’s the wish that I’m here, busting my ass, to try to honour,” Shrier said. “He never asked ‘Why me?’ The kid gets diagnosed in the prime of his life and never questions it, never complains.”

Shrier only rode the Onewheel device for the first time in July, and started the fundraiser later that month, commencing the trip on Sept. 1, coincidentally the day that Fox halted his marathon.

“I’d never ridden this before,” he said. “I’ve ridden just about anything and everything down that mountain, being a skier but also just longboarding to and from work.”

Shrier has been using the OneWheel Pint model, which goes about 15 kilometres on a single charge, utilizing three in rotation to complete the journey.

Even though the device is electric-powered, it’s still a workout, Shrier said.

“My body seems to be holding up, which is very surprising at 43 years old,” he said. “What allows you to do the steering and, of course, [handle] the speed is your core muscles.”

Less than halfway into his journey, Shrier has broken two world records for distance on the device, and will pass the 4,000-kilometre mark by the time he ends up in Whistler.

Shrier said his journey is also inspired by Fox.

“He’s a legend because he took that time in his life where people had given him the worst news ever, and took his leg, and that’s when he decided to go across Canada to try to help,” he said. “He launched on a mission with very little strength compared to the rest of us.

“He’s a hero and I’m not sure I’d have launched on this adventure had he not done his own back in 1980.”

For more information or to donate, visit cmbfund.org.