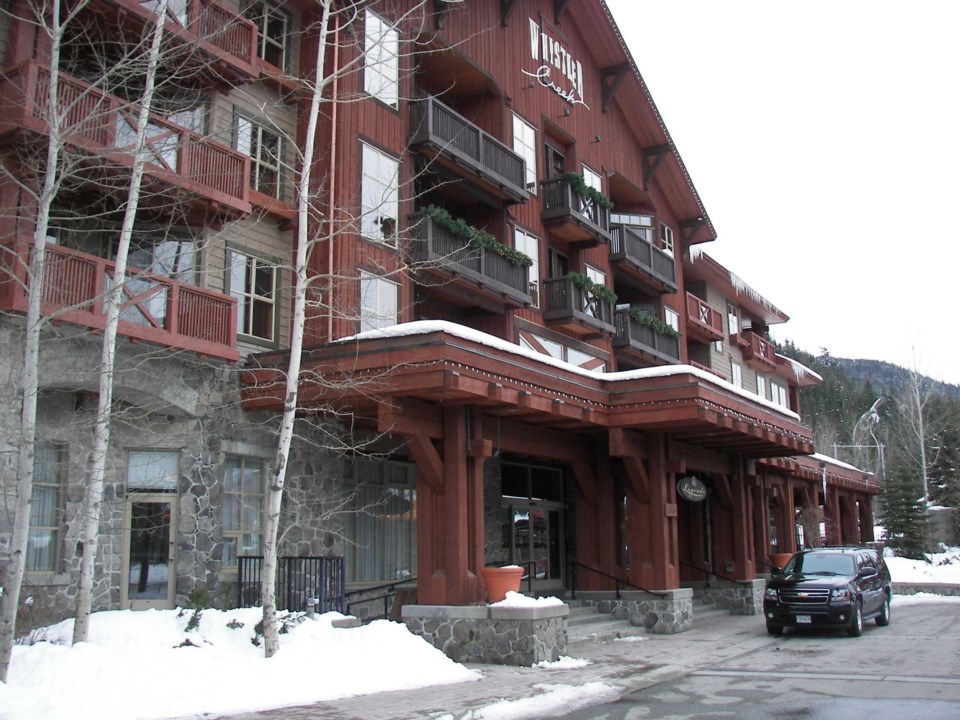 Those who own a condo unit in a Whistler hotel are sitting on great potential, but at the moment the units are not showing great value.

Real estate consultant Denise Brown with Re/Max Sea to Sky Real Estate reported that a unit originally sold in the Four Seasons Whistler for about $1.1 million was recently resold for only $520,000.

"We've seen the prices come down significantly," she said.

According to Brown, this segment of the real estate business is at the bottom of the cycle so prices are good right now. She said the people who are happiest in the condo hotel market are those who are in for the long-term and have made a lifestyle choice in purchasing a condo unit in a hotel.

"It is only those people who are looking for a lifestyle that own their own property in a complex that they like and believe in and want to use with their family," she said.

The economic climate in Whistler and around the world was much different and the number of destination visitors to Whistler was larger.

"People were buying on vision," said Kelly. "Revenue has not met expectations in the last few years."

According to Kelly, the lower than expected revenues produced through hotel condo units has combined with exchange rates, high strata fees, high property taxes and fixed overhead costs to drive prices down.

"The market is now valuing these things properly," Kelly said.

He added that the primary purchasers of hotel condo units were destination visitors and those people are reassessing their situation in light of the downturn in the global economy along with the increase in the value of the Canadian dollar.

"Some of our friends to the south have had to do some pretty significant financial rationalization, which has caused them to want to sell things," he said.

According to Brown, the people who were relying on the hotel condo units to produce high returns beyond covering all the costs associated with owning this type of property are getting out of their investments.

"The buyers that are coming into the market are realizing that real estate works in cycles and that they believe in the resort and in the product and that they're at a good price," said Brown. The people coming into the market now, she said, are hoping to rise up with the next real estate cycle. She added that the upward trend would begin when the number of multi-day visitors to Whistler consistently increases and demand for hotel rooms rises.

"It may be five years or more," said Brown. "It depends on what the whole world is doing. We're a second-home owner market where extra money comes and there just isn't that much extra money."

Kelly said this segment of the real estate industry has improved in the last six months but people aren't willing to spend as much in Whistler as they were a decade ago.

"It's not anything wrong with Whistler or that Whistler is worth less," said Kelly. "It is just that people are prepared to spend less."

Kelly pointed out that the hotel condo units known as Phase 2 properties are different from timeshare ownership. He said individuals who purchase timeshares do not own the property and Phase two purchasers own 100 per cent of their property.

According to a concise explanation of the difference between Whistler Phase 1 and Phase 2 properties provided by Realtor Susie Frank, Phase 1 properties in Whistler are unrestricted and owners enjoy a significant amount of flexibility. Phase 2 owners can stay in the property for 28 days in the summer and 28 days in the winter plus 15 extra days on shorter notice.