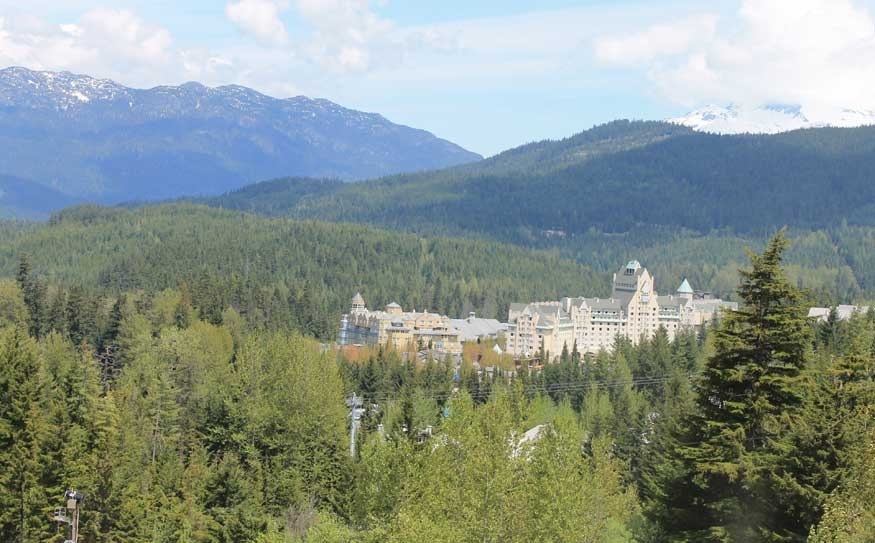 Whistler may not have the reputation of being an inexpensive place to stay, but this summer that could change.

Accommodation deals in the resort have never seemed sweeter with drops in hotel prices being ranked second in Canada, according to the June 2012 Hotwire Canadian Hotel Rate Report.

"Whistler is a city that we haven't seen on the list all year and we encourage folks to take advantage of the low rates here, and in all the cities on the list, now before prices inevitably increase around mid-July," said Pierre-Etienne Chartier, vice president of the Hotwire Group, in a press release.

Data collected in Hotwire's report is calculated by comparing stay dates for select regions in a given month with prices in the same month in the prior year. Prices are also compared within the same star rating categories for consistency, and the per-cent change in price for each region is generated as an overall average.

In Whistler's case, the drop of five per cent meant that four-star hotel accommodation at the resort cost $130 in June 2012.

"I can't yet tell if what Hotwire has gathered reflects our numbers," she said. "What they have is only from their booking, but, generally, I would say Whistler does offer great bargains over the summer. Certainly it is a great place to come for good value."

However, Walker did not dismiss Hotwire's report.

"It's interesting to know for us what is out there in front of the consumer. We have a monthly report in which more than 70 per cent of all the accommodation inventory in Whistler reports to our data collectors, so we have a very good idea of what is happening in the resort," she said.

June's numbers will be available on July 20.

"It takes a while to collect because it's so detailed and accurate. From that we know where people have come from and we can look at occupancy by day, and what kind of accommodation has been used," Walker said.

Meanwhile several of Whistler's hotels have got a top rating in Travel + Leisure magazine's 2012 World's Best Awards. The Four Seasons Resort Whistler was ranked third on the Travel + Leisure World's Best Awards (based on readers' favourites), while the Fairmont Chateau Whistler was ranked fifth, the Hilton Whistler Resort & Spa debuted on the list at number nine and the Westin Resort & Spa, Whistler took the 10th spot.

The Pan Pacific Whistler Village Centre location was one of only five hotels in the country which made Expedia's 2012 Insiders' Select list, recording the second highest score in Canada.

Expedia's annual review identifies the top hotels available on all of Expedia's worldwide websites, based on quality and value scores. The Expedia rankings, now in their sixth year, are determined by the more than 500,000 Expedia customer reviews received during the course of the 2011 calendar year. The list was released July 3, recognizing properties that consistently deliver value in the form of competitive pricing, pristine amenities and superior customer service.