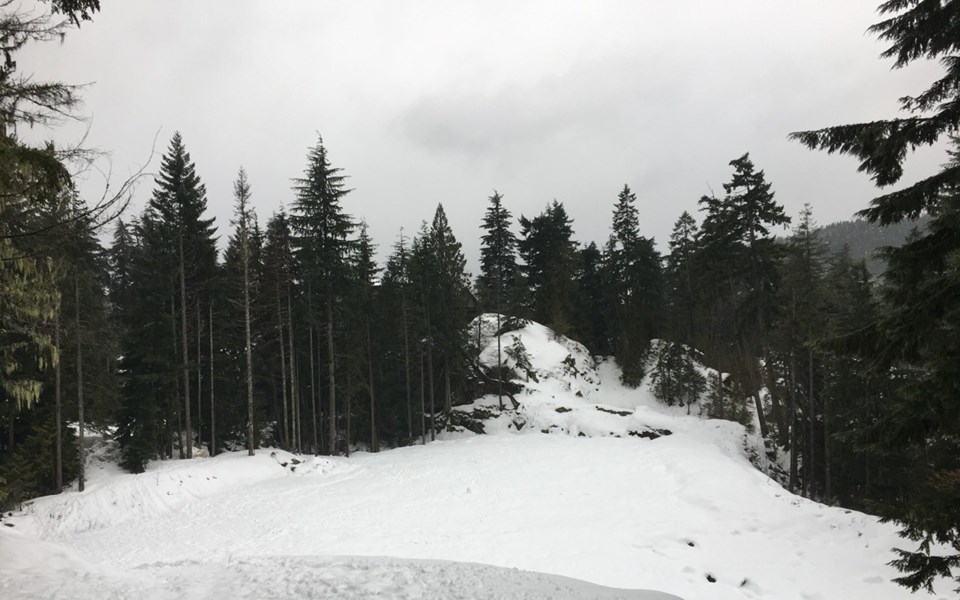 CONTENTIOUS CONSTRUCTION The site of a proposed employee-housing complex at the end of Garibaldi Way in Nordic. Photo by Braden Dupuis

A rezoning application for a 74-unit employee housing development on Garibaldi Way in Nordic Estates has drawn the ire of nearby homeowners, but proponents argue it fills a pressing need in Whistler.

The project is headed by Robert Velenosi, a longtime developer who moved to Whistler after building the wastewater treatment plant in the Callaghan Valley ahead of the 2010 Olympics.

Velenosi has had a hand in local projects like the Spruce Grove development and Basalt Living in Cheakamus Crossing, and has co-owned the one-hectare lot at 2077 Garibaldi Way for about four or five years (he recently bought out his partner to take full control).

"Of course, in my seat, I was very interested," said Brownlie, who is now working for Velenosi in an advisory role.

"You could see the pressure coming, and it's not going away. It is going to get worse before it gets better, and certainly this (project) isn't going to solve everything, but it's one step at a time."

With this proposal, Velenosi and Brownlie are targeting mid-level management types who want to stay in Whistler, but may not meet the guidelines of the Whistler Housing Authority.

The property will have a covenant ensuring it remains 100-per-cent rental housing forever, with rates initially tied to a five-year lease for business owners (after which they say some sort of inflation index will come into play).

The proposal does not sit well with residents of Garibaldi Way, who see their quiet cul-de-sac turning into a bustling residential street with the addition of the 122 underground parking stalls proposed for the development.

For Stella Benteau, the drastic change is not at all what she envisioned when purchasing in the neighbourhood in 1989.

"They're proposing to put in all these units which could amount to 100 cars coming out of the cul-de-sac every day, and the noise, we didn't buy in to that... this was not the way it was to be," Benteau said.

A senior and a widow since 2009, Benteau said work done on the site over the past two years has been nuisance enough — let alone the prospect of hundreds of daily vehicles.

"It's just been a total screw-up, and it's picked at me so much, because I'm alone here now," she said. "I've had to contend with this guy for two years coming down here with truck after truck after truck, dust and dirt and open fire hydrants."

Benteau is not alone in her opposition.

At the Jan. 9 council meeting, three Garibaldi Way residents spoke against the "decimation" of the formerly treed lot, the impact on the neighbourhood of the drastically increased traffic flow, safety concerns at the entrance on Highway 99 and a stop work order that was placed on the site after it was found that work was being done without permits (the proponents say they did not realize the excavation permit was expired).

"My question is, what type of analysis will be completed by the municipality on the impact of this massive development on the areas surrounding the proposed development?" asked Bruce Hall.

With the application still in the early phases, all potential impact assessments will come over the coming weeks and months, said Mayor Nancy Wilhelm-Morden.

"We will be holding a public information meeting (time and place yet to be confirmed), and there will also be a public hearing at some point in the rezoning process," the mayor said. "In addition, you may express your concerns in writing by way of a letter to mayor and council, and of course you can also speak to me or my fellow councillors to let us know what your concerns are."

The proponents have heard the naysayers loud and clear.

"Certainly they have legitimate concerns, we totally understand," Brownlie said.

The intersection at Nordic and Highway 99 has been a challenge for some time, he said, with about 4,500 bed units developed in the neighbourhood already.

"We're talking about adding another 222, so it will have an impact for sure, but I'm not sure the extent. We are required to do a traffic study as part of it, and there may be a mitigation associated with that."

But that's the reality when looking at adding higher-density housing in any neighbourhood, Brownlie said.

"It's interesting if you go back to the Whistler2020 document, it talks about built environment, talks about mixed-use residential, higher density... it's certainly not new," Brownlie said. "The larger, broader community has certainly spoken, and this is obviously a priority."

Another criticism levelled against the proposal is the transfer of bed units involved — from six currently attached to the lot to 222 — but the proponents don't see the increase (and the $90,000 figure previously tied to each market bed unit) as a "gift."

"I don't know if it's a gift... it's a partnership, in a sense," Velenosi said. "I'm using their units, their approval, to build this, and employee bed units to do it."

He's also the one assuming the risk.

"The easy route for me, owning the land, is just to build a house and sell it to somebody for whatever, and that guy will come here three weeks a year and it will just sit there empty, right?" Velenosi said.

"We're trying to be part of the solution."

With a severe lack of housing and rising cost of living, Velenosi and Brownlie see their project as filling a need in the local market.

"We need to maintain the character and the differentiation in the community. We need people working here that love this place, and once they go to Squamish, once they go to Pemberton, those places become their communities, you know?" Brownlie said. "This is not solving the problem, but hopefully it's a piece of the solution."

The proponents say designs for the three buildings are similar to those now across the highway from Nesters (both projects being designed by Murdoch and Company Architecture and Planning).

At three storeys on a lower-elevation lot, the buildings won't be any higher than any nearby houses, and site plans include added greenery in addition to that already blocking the views from the highway.

The rates can hardly be considered affordable for everyone, but the proponents say that's beside the point.

"Certainly, it's not for all businesses. What's key is this is not for frontline, entry-level workers. This is trying to build that continuum," Brownlie said.

As for turning a profit, Brownlie preferred to refer to it as a return — one that comes with risk attached for Velenosi.

"We're in a place where we're going to be in a rising interest rate environment coming soon, and the cost to build today — if we were fortunate enough to move this forward — it's going to go up, it's not going to go down," he said. "We've set a rate, it will stay the same for five-year leases, and then there will be some kind of inflation index, and that is way different than market."

Following the public information session, the rezoning application will be subject to a public hearing before being considered by council.