Human-bear conflict on the rise in the Sea to Sky 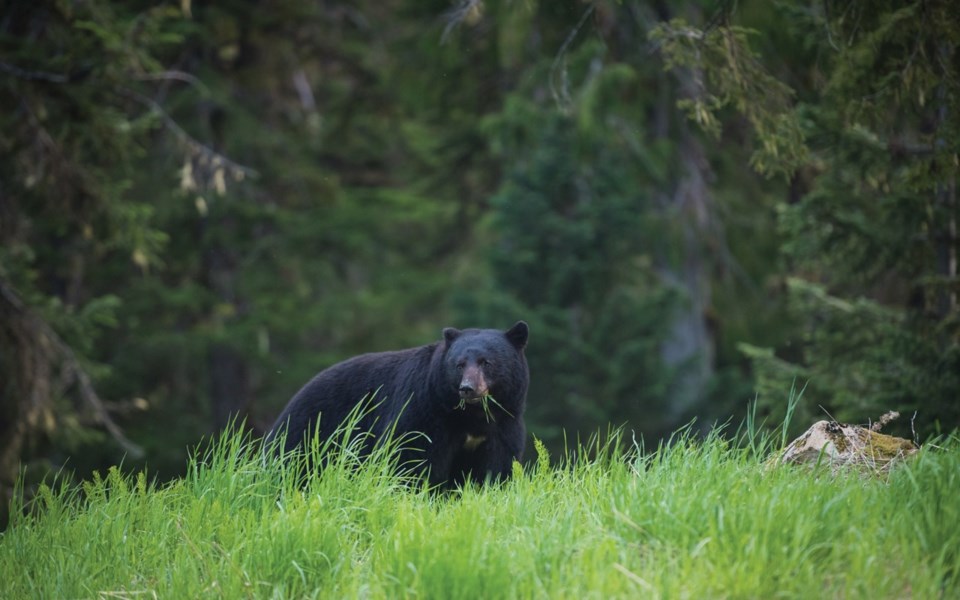 busy spring The Squamish office of B.C.'s Conservation Officer Service had a busy couple months in April and May, receiving 652 calls related to bears. photo courtesy of tourism whistler

In April and May, the Squamish office of B.C.'s wildlife conservation service saw 652 calls—up from 521 in the same period last year.

And things don't appear to be slowing down. As of June 17, it had already received 272 calls for the month.

"I expect there will probably be up to 400 calls this month," said Sgt. Simon Gravel, who works out of the office.

The increased conflict has also led to more bears being destroyed. From April 1 to June 17, conservation officers destroyed 16 bears in the Sea to Sky zone, which runs from North Vancouver to Pemberton.

That's nearly twice the number killed over the same period last year, when nine were destroyed.

"When you have a high population of black bears, more black bears get into conflict," said Gravel. "Some of them are quickly reaching a threshold that we cannot tolerate ... But in many cases there are things that can (be done to) proactively manage that conflict."

The high call volume isn't confined to the Sea to Sky corridor.

Provincewide, the conservation service received 3,826 calls in April and May related to black bears and another 182 calls for grizzlies.

Those numbers are significantly higher than the average call volume for the period (2,400 for black bears and 82 for grizzlies).

So what's behind the increase?

According to the province's wildlife conflict manager, Michael Badry, the prevailing theory is that it has to do with the weather—and more specifically, "cool, dry temperatures" that resulted in a dearth of new growth.

"It's speculative, but perhaps (bears are not) finding a lot of natural food, which (drives) them to find other food sources," explained Badry. "And unfortunately, they are finding that fairly readily in communities—mostly in the form of garbage."

Human bear attractants also remain an issue, including in the Sea to Sky, said Gravel.

Some clever black bears have even figured out how to break into the supposedly bear-proof garbage totes used by Squamish residents, he said.

The totes are a "minimum effort" and should be redoubled with other efforts, he explained. "We invite people to keep those totes in their garage or make them inaccessible for bears."

The conservation service is working in concert with Squamish on reducing human-bear conflict, with some residents freezing smelly foods until collection day in an effort to make sure bears stay away, said Gravel.

The conservation service encourages the public to report wildlife-human interactions where public safety may be at risk through its Report All Poachers and Polluters hotline: 1-877-952-7277 (RAPP).