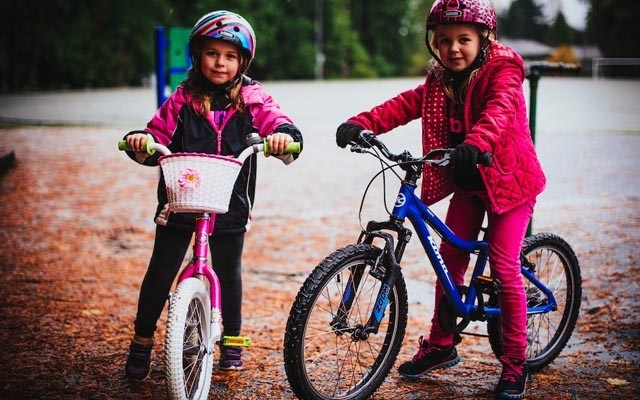 Most Whistlerites can probably remember that special moment when they got their very first bike.

Unfortunately, it’s a feeling many disadvantaged children don’t get to enjoy, but that’s going to change for hundreds of kids across the globe this holiday season thanks to a campaign launched by the world’s largest online mountain biking community, Pinkbike.

Share the Ride is an Indiegogo campaign returning after a two-year hiatus aimed at providing new bikes and helmets to hundreds of underprivileged youth across the globe. Organizers set a goal of $25,000.

“That feeling of riding a bike is something everyone can relate to and not all kids’ parents can afford to buy them a new bike or even a used bike,” said Pinkbike publisher Julian Coffey. “It’s about autonomy as a kid, and that first little bit of freedom you get that’s not in your parent's car or not from walking.”

Because of Pinkbike’s relationship with bicycle manufacturers like Trek, Giant and Norco, they can purchase bikes at discounted prices, with $50 covering the cost of a brand new bike and helmet, according to Coffey.

Pinkbike will consult with schools, charities and family service programs to identify children from low-income families in Canada and the U.S. who will benefit the most from the program. With the campaign’s early success, Coffey said they are also planning to distribute bikes in Germany and Poland.

“This year we’ve come back super aggressively with the campaign and streamlined it into something that can be used globally as opposed to just a local thing,” he added. The crowdfunding campaign is also aimed at promoting health and wellness among youth, as well as environmentally friendly modes of transportation that benefit society as a whole, Coffey said.

“The more exercise kids are getting the less time they’re spending inside watching TV, movies and video games,” he said. “The industry as a whole is experiencing a lot of growth, fossil fuel is dying off and the more people on bikes the better it is all around.”

The campaign closes today, Friday, Dec. 13, and can be found at www.indiegogo.com. Search for “Share the Ride with Pinkbike.”