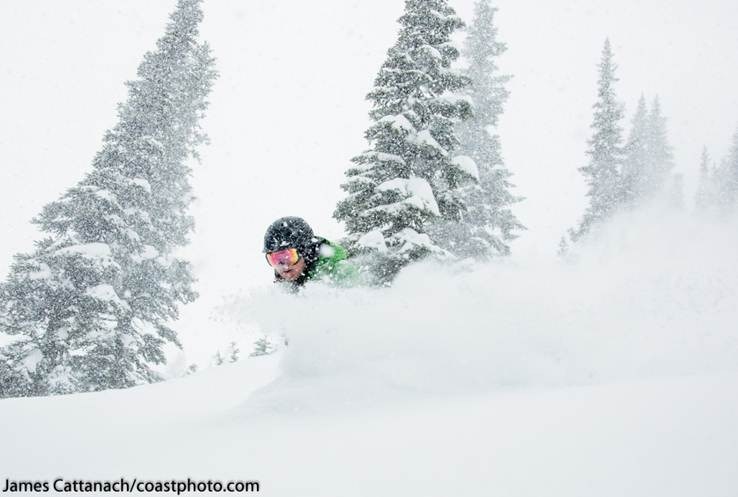 An avalanche slid down Pika's Traverse taking at least one skier with it today, Jan.12.

No one was buried in the slide off the green run, though one skier lost a ski to the avalanche.

More than 70 centimetres of fresh snow has fallen in the last 48 hours and there have also been high winds in the alpine.

"Travel with caution if you intend to go into the backcountry today," states the advisory. "Give the snow a while to settle out before tackling any of the steeper lines. We are starting to see isolated avalanches that are failing down into some of the old facet layers.

"Explosive testing (Jan.12) produced variable slabs that were for the most part in the size 1 to 2 range, involving all or a part of the storm snow. A few exceptions on both Whistler and Blackcomb ran down to older layers and resulted debris to size 3. Prime Rib on Blackcomb failed on the summer ice and on Whistler the Hanging Roll (a rocky, uncompacted convex roll) produced a crown line to about 300cm. and ran well below Highway 86.

"Depending on aspect and elevation there may be numerous crusts buried in the upper snowpack. The snow has become facetted around these crusts, creating weaknesses that have pretty much remained dormant until now. The storm snow instabilities will settle out over the next few days, but the big question now to figure out where the deeper avalanches are going to occur. Knowing the terrain is becoming increasingly critical. Avoid slopes that were shallow and rocky before this last storm."

Check back for more on the story as it becomes available.