In Whistler on Saturday? Here are the road closures you need to know about

Motorists warned to expect heavy delays as the GranFondo Whistler heads up the Sea to Sky
Sep 5, 2019 10:40 AM By: Pique Staff 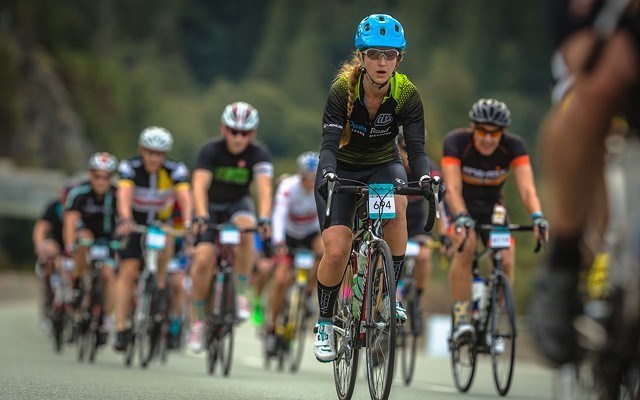 More than 4,500 cyclists are expected to make the trip up to Whistler this Saturday, Sept. 7, but unlike most tourists, you won't find their bikes attached to a rack on their vehicles.

Instead, this group of athletes will be making the trek from Stanley Park to Whistler Olympic Plaza on two wheels as part of the annual RBC GranFondo Whistler.

As a result, motorists travelling between West Vancouver and Whistler on Saturday can expect heavy delays-up to three hours between 5:30 a.m. and 4:30 p.m., according to event organizers-during the event.

It's #Whistler GranFondo weekend - please expect possible delays up to 3 hours between #WestVan and Whistler on Saturday from 5:30 am to 4:30 pm. Traffic details: https://t.co/OGfNDfLOZW @rbcgranfondo #Squamish #NorthVan pic.twitter.com/PF9zV94VpD

To that end, speed limits will be reduced to 60 kilometres per hour on sections of Highway 99 between Horseshoe Bay and Whistler. Single-lane alternating traffic will also be in effect for stretches near Porteau Cove and Britannia Beach.

In Whistler, drivers can expect "major delays" entering and existing the east side of Highway 99 between Function Junction and Village Gate Boulevard. "Traffic will be stopped intermittently at the entrances and exits to key Whistler destinations," read the event's traffic impacts notice.

Motorists travelling Highway 99's southbound lane from Village Gate Boulevard to Callaghan Valley Road between 9:15 a.m. and 10 a.m. will be delayed for a neutralized lead out, but will not be subject to a full road closure.

Alta Lake Road is available as an alternate route to and from Highway 99.

Blackcomb Way West will be closed in both directions, while Village Gate Boulevard with similarly be closed to northbound and southbound traffic. Lorimer Road and Whistler Way will both remain open as alternate routes to Village Gate.

Meanwhile, Callaghan Valley Road will be closed in both directions from Highway 99.

Motorists are advised to plan their trip in advance, as well as to drive with caution, obey all traffic control personnel and signs and be prepared to stop while the thousands of cyclists make their way north.

Head to https://www.rbcgranfondo.com/whistler/traffic-impacts/ for more information on traffic impacts throughout other communities along the route.