New permanent BC Sports Hall of Fame exhibit has heavy Whistler and Sea to Sky presence
Sep 30, 2018 6:00 AM By: Joel Barde 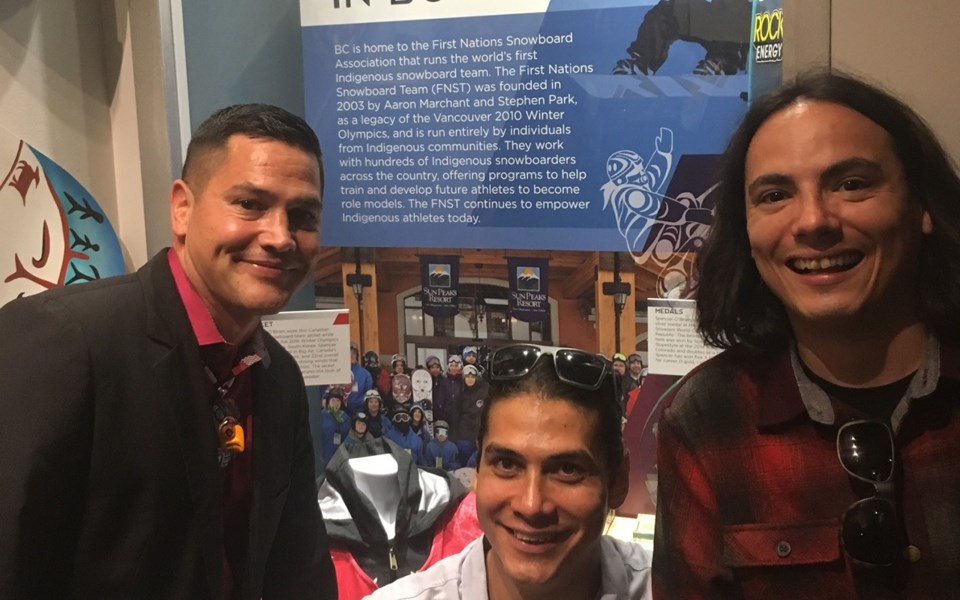 Indigenous athletes have a long legacy of achievement, and now a new gallery at the BC Sports Hall of Fame is celebrating those accomplishments.

"It's going to really set the mark going forward—for non-Indigenous and Indigenous (people)—that they can really aspire for greatness," said Tewanee Joseph, a BC Sports Hall of Fame trustee, following the grand opening of the Indigenous Sport Gallery on Tuesday, Sept. 25.

Joseph has a storied connection to sport as he headed the organization that represented the four host First Nations during the 2010 Winter Olympic and Paralympic Games.

The permanent exhibit includes information on traditional Indigenous games, artifacts and memorabilia from Indigenous athletes at all levels of sport.

The FNST was founded in 2003 by Aaron Marchant, with help from former "Crazy Canuck" alpine skier Steve Podborski, and is run entirely by individuals from Indigenous communities.

The team works with hundreds of Indigenous snowboarders across the country, offering programs to help train and develop future athletes and role models.

The FNST section of the exhibit features two snowboards with First Nations-inspired designs from Squamish and Kwakwak'wakw artist Xwalacktun and selected memorabilia.

At 60 members strong, Whistler's chapter of the FNST is the second largest in the province, just behind that of Sun Peaks.

In an interview in the lead-up to the grand opening, Marchant said he enjoyed working with the curator on the project.

Being recognized feels "absolutely amazing," he said. "My son is coming with me. He's 15."

"They're giving us the honour of a spot," he said.

"We'll be forever known as the ones who have developed and pushed (Indigenous) snowboarding in B.C."

Key to the team's success are the volunteer parents, grandparents and family who keep things moving, driving youth to the hill and helping to organize events and training.

Larabee said that he hopes they take enormous pride in the BC Sports Hall of Fame honour as well.

Tuesday also marked a big win for the Lil'wat Nation.

Rodeo athletes Ha7ya Burt Williams and Katrina Williams were inducted into the BC Sports Hall of Fame, according to a release sent out by the nation.

For Joseph, the permanent exhibit is a positive sign, and it should be understood against the backdrop of the larger conversation around truth and reconciliation.

"When you think of Action 87 of the Truth and Reconciliation Report, part of it is calling on governments and others to take action on reconciliation," he said.

(Action 87 states: We call upon all levels of government, in collaboration with Aboriginal peoples, sports halls of fame, and other relevant organizations, to provide public education that tells the national story of Aboriginal athletes in history.)

"Well, this is an example of that," said Joseph. "This is something that all people can view together."