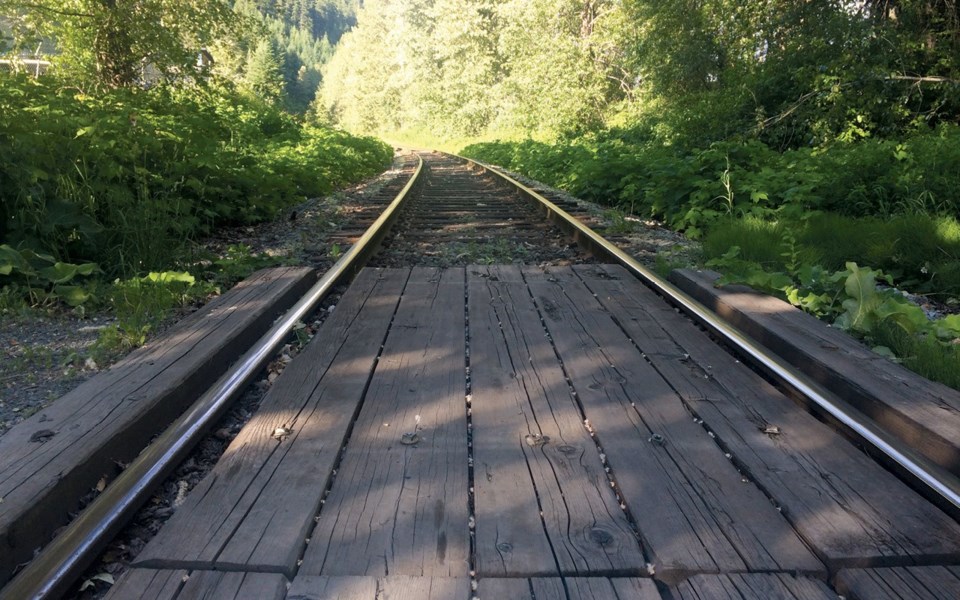 Clean-up time The Sea to Sky Invasive Species Council has identified over 500 sites along the Canadian National Railway right of way in need of treatement. photo by Joel Barde

According to the Sea to Sky Invasive Species Council (SSISC), the Canadian National (CN) Railway right of way that runs through the corridor is rife with problem weeds in need of swift treatment.

The SSISC recently amassed a list of 500 sites where it has identified invasive species along the right of way and then sent it off to CN.

The SSISC was asked to put together the list by its regional government partners, which includes the Resort Municipality of Whistler, the District of Squamish, the Squamish-Lillooet Regional District, and the Village of Pemberton.

CN is currently conducting an invasive species treatment program in the region.

In its letter to CN, the SSISC prioritizes the various sites according to the risk they pose.

"No. 1 on the list ... is Giant hogweeds," said Greenberg, who would like to see it—along with "high-priority" species—treated this year.

Giant hogweed was introduced to B.C. from Asia as an ornamental plant and has spread quickly throughout Vancouver Island and the Lower Mainland.

And while it may look striking (even beautiful), it can be dangerous. The leaves and stems contain a clear, watery, highly toxic sap that can cause hypersensitivity to sunlight resulting in burns, blisters, and scarring when it comes into contact with skin, and it can also cause eye damage, explained Greenberg.

The SSIC is also looking for immediate action on Tansy ragwort and Flat pea.

"The reason they are on the eradicate list is because they are only present in the region in really small numbers," said Greenberg.

"It's like trying to solve the problem before it becomes a big problem. They have the potential to spread and cause a lot of issues. And because they are here in small numbers, eradication is feasible regionwide."

Greenberg said she is hopeful that CN will treat the identified sites quickly, but added that coordination with CN could be better.

"We've been trying to build a partnership with CN for a number of years ... There's been a little bit of communication, but not enough action," said Greenberg.

The situation has led to issues for the SSISC, as invasive species found along the CN right of way pose a threat to areas around them. According to Greenberg, CN last treated its right of way back in 2012.

"Say we're doing work on the District of Squamish road right of away ... (There may be a) constant source of seeds coming in from the rail right of way, so it's super frustrating."

"I would like to see all the places on that list treated and for (CN) to be in communication with us going forward about invasive plant management," she said

"Communication and plant management is so important—to know where the plants are and where other land owners have treated."

In a statement to Pique, CN said it is planning on treating the entire ballast section, or railway foundation area, of the track.

"Small areas of the right of way (outside of the [five-metre] ballast section) may be treated to remove noxious and invasive weeds, however, these are isolated and very sporadic areas. The purpose of the vegetation program is to ensure safety for our employees, the public, the communities we operate through and our operations," the statement read.

"We take environmental protection seriously and retain certified contractors who have experience and are qualified to apply herbicides (in this case, Asplundh Canada). They are knowledgeable about the products they use and ensure the work is completed with care."