Is Red Mountain an alternative to the ski industry's growing corporatization?

Rossland resort has positioned itself as the answer to the ski world's mass wave of consolidation
Nov 15, 2017 5:00 PM By: Brandon Barrett 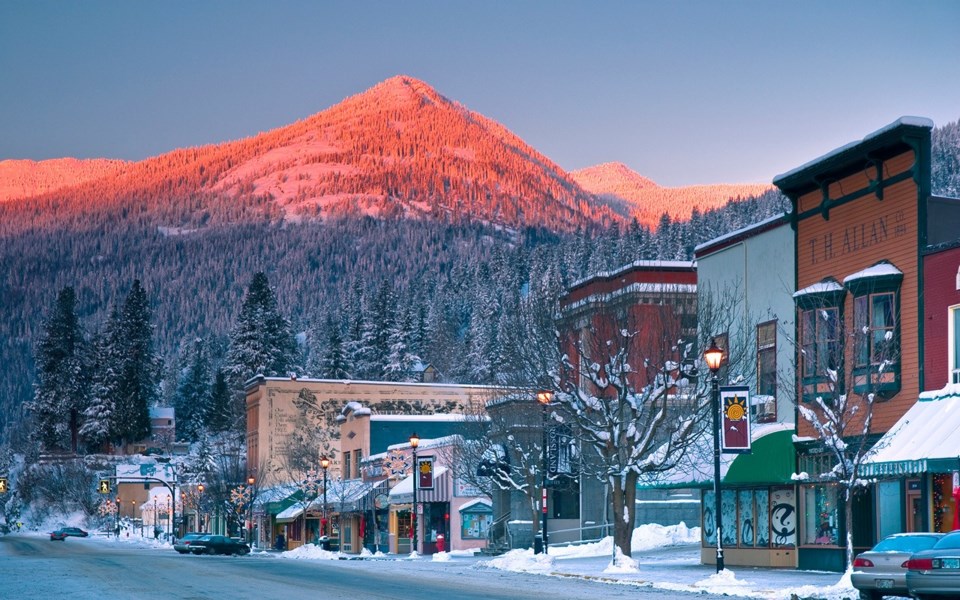 RED SURGE Red Mountain Resort in Rossland, B.C. appears to have struck a chord with a certain segment of skier looking for untracked powder and short lift lines in a tightknit community — all without breaking the bank. Photo by Lain Reid / Red Mountain Resort

When Howard Katkov bought Red Mountain Resort in Rossland, B.C. 14 years ago, he heard all the naysayers loud and clear.

He just chose to pay them no mind.

"I was criticized for not having high-speed lifts, for not having all these choices of restaurants and spas," said the CEO of Red Mountain Ventures. "Look, I grew up skiing Mammoth with two chairlifts for $4 a day. So I thought there were people who would appreciate what we have to offer worldwide."

Katkov's gamble evidently looks to be paying off. The 1,700-hectare resort is now also an unlikely recordbreaker, having set the single-day mark for an equity crowdfunding campaign in August when it raised more than half a million dollars.

With a target of $15 million, Red Mountain's "Fight the Man, Own the Mountain" campaign is an ambitious undertaking that aims to give the everyday skier an ownership stake in one of Canada's oldest resorts.

"The crowdfunding (model) is unique and I think everyone's watching to see how it goes. I'm not aware of anything else in Western Canada similar to it," said Christopher Nicolson, president of the Canada West Ski Areas Association.

Inspired by the NFL's Green Bay Packers' public ownership model, the mountain has used an aggressive web campaign to position itself as the powderhound's alternative to the mass wave of consolidation in the ski industry that has put 39 resorts in the hands of just three companies.

Katkov hasn't shied away from pitting Red Mountain's boutique ski experience up against the Vail Resorts and Whistler Blackcombs of the world, either. It's not that he doesn't feel there's room for both ends of the spectrum in the industry, he simply believes there is a growing demand for what Red Mountain has to offer.

"The experience we offer, the authenticity, the lack of crowds and the great community vibe... exists at our ski resort, and we're more relevant today to a larger group of people because the ski experience in these large metropolitan areas is changing," he noted.

Known for its long, steep runs, Red Mountain has long been a magnet for a certain kind of skier looking for untracked powder and short lift lines. It has groomed several national- and Olympic-level skiers, including Nancy Greene Raine, a 1968 gold and silver medallist who is now a senator for the Conservative Party.

"It was a great place to grow up; I loved it," she said, adding that she misses the dry snow of Red Mountain. But it's the downhome vibe of the community itself that makes it so appealing, Greene Raine said.

"Rossland in a way is a little bit retro," she noted. "It's almost a community hill with a really neat interaction between (guests) and the people who live there.

"As long as you don't expect high-speed lifts and a lot of glitter, it's a fantastic experience, because you meet the local people and you have fun."

It's this contrast with the "industrial ski experience" that Whistler ski resort consultant Roger McCarthy sees as the key to Red Mountain's success.

"I think it's a huge attraction," he said. "You walk into the restaurant or the day lodge and everybody knows everybody. The ski club is built on the backs of volunteers, as it is here for that matter. So there's a commitment and a connection to those mountains, those operations, those lifts and the old buildings and day lodges. They are to some degree a cultural experience that is quite different."

But Katkov isn't only looking to draw the diehard ski bum yearning for days past.

"We speak to the Gen Xers, the 40-somethings core skiers that want to go to a place that's safe, challenging, beautiful and low key. And then the Millennials, who are looking for those experiences they can share that are authentic, new and of good value," he explained. "Those are the demographics we speak to, and I think the Millennials in particular will and are gravitating to products like ours."

This speaks to the crux of what Katkov feels is hindering the ski industry and keeping the younger demographic away from the sport: cost.

"I personally think it is an impediment to growth in this industry," he said, noting that it's $92 to ski Red Mountain, and prices don't change over the holidays.

Whatever the outcome, Red Mountain's campaign has served as an effective yardstick for an industry undergoing massive change.

"I think we're at a tipping point in the ski industry, and my job is to protect my community and my resort, but still grow it to a point where it is sustainable for the next 100 years," said Katkov.