Islam is not the problem

Graham Fuller argues the conflicts between the Middle East and the West began long before Muhammad
Sep 3, 2010 8:17 AM By: Stephen Smysnuik 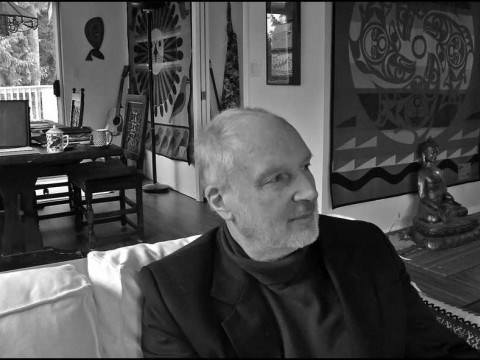 Who: Author Graham E. Fuller, leading a discussion around his new book, A World Without Islam

It can be intimidating conversing with someone who knows more than you probably ever will.

And so it would seem with Graham E. Fuller, former vice-chair of the U.S.'s National Intelligence Council and the CIA's station chief in Kabul. The Harvard-graduate and adjunct professor of history at Simon Fraser University wrote a 1985 report that led to the Iran-contra Affair. He's written five books about Islam and extremism in the Middle East and how American foreign policy should be tailored to properly deal with it.

He's a man of the world, in short, but more down-to-earth than an assumption-making journalist would have thought. He argues that the massive U.S. presence across the Middle East is the single greatest source for terror and outrage for the people there - a very trendy way to think in B.C. these days, and a view rarely addressed in mainstream news or politicians' speeches.

"If they weren't Muslims, I don't think things would be any different," Fuller says in a phone interview, speaking from his home in Squamish. "If people were in trying to take their oil or buying their oil on the cheap, or replacing their leaders so they'll be more pro-American... people living in the area wouldn't be reacting any differently to any of this if they were Christian or Buddhist."

In his new book, A World Without Islam , Fuller argues that the geopolitical landscape would likely look similar today even if Muhammad had never had the revelations that sparked the birth of Islam. He argues that the roots of conflict between East and West date back well before Islam ever formed, and that as Islam came to dominate the Middle East in the Middle Ages, followers of Islam inherited the grievances that came before, which have carried on to today.

"Take Islam out of the equation and there's a very good chance you'd still find the Middle East at loggerheads with the West," Fuller writes.

Fuller traces the seeds of these conflicts back two millennia - before Islam was founded - when Alexander the Great landed the first thrust of Western power into the East. It was later cemented in a disagreement between the Eastern Orthodox Church and the Western Catholic Church over the true nature of Jesus Christ.

"They were arguing over some incredibly abstruse religious issues," he says. "Empires go to war over this and die. I mean give me a break, it's obvious that there's a whole lot going on here."

The book is all the more topical in light of the unpleasant display of xenophobia manifesting itself in the Obama-Muslim smear campaign and the Park51 fiasco, better known as the "ground zero mosque."

"These issues become symbols and that's what the book is really getting at. These religious things become symbols of other things. It's your flag about why you care about it."

During his time working for Washington, Fuller was frequently amazed at how little think tanks and government officials considered the U.S.'s stature on the global political stage had affected events in the Middle East. He says most of the studies coming out of the Pentagon neglect the U.S. aspect on global events. Reports on terrorism give very little insight into what may have caused the people to act out as they have - which Fuller says has very little to do with religion.

"With a thousand airbases and this massive economy and military, none of this has anything whatsoever to do with the nature of events overseas?" he asks. "It's a very convenient thing to say the problem is Islam. 'It's all them, none of it's us and they have to change and be more like us, and God forbid we should compromise or take any role in what the problem is.' That's why this matters."

He says that as conditions get better, support for extremist movements will subside. Very few Muslims think that terrorism is the right way to approach things. The same thing happened during the 1960s among Black extremists in America - as conditions improved there, the appeal for radicalism and violence dissipated.

"They have better things to do than watch their kids go off and die," Fuller said.

"Once you pull these troops back and let these things calm down, fairly quickly they are going to take care of their extremists, just as any society deals with its own extremists," he said.

Fuller will lead a discussion on this topic, hosted by the Whistler Forum for Leadership and Dialogue, on Sept. 9 at the Whistler Public Library. It will be repeated at the Squamish Public Library on Sept. 16. These will be open forums and everyone is welcome to attend.