Jack Hannan 'was one of the good ones' 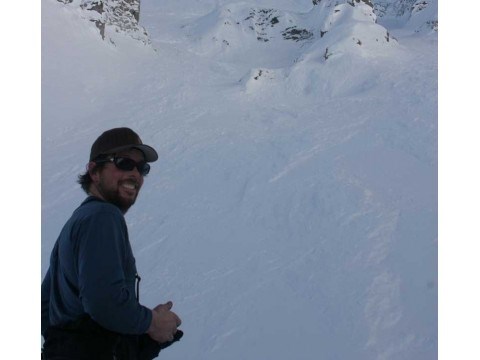 A helicopter drop on Mount Currie turned tragic on March 31 when Pemberton freeskier Jack Hannan was killed in a Class 3 avalanche.

According to reports, Hannan and other members of his party were cautiously skiing one by one down a slope, with Hannan going first to check out a line. He was actually hiking back up when the avalanche occurred above the group and swept Hannan over several cliff bands. The other three members of the group quickly located their friend, but he was killed in the initial avalanche.

Hannan was an expert big mountain skier who competed in freeski competitions through the late '90s and into the 2000s. He was still a working freeskier, with segments in movies and magazines.

"One of the things people are saying is that he was 'one of the good ones,'" said Jon Johnston, Hannan's friend, business partner and fellow traveler on countless excursions into the backcountry. "He was a really mellow guy, really humble. If you met him on the street you would have no idea that he had all these crazy adventures in the mountains.

"He was never out to make a name for himself. He did enough filming and photo shoots to get free gear and that was it. We knew we would never make enough money to do it, we went skiing for ourselves. If people wanted to film it that was fine, but it was more a way to support our love for skiing than anything else."

Hannan was born in Washington State and moved to Vermont when he was four. The mountains called after high school and he moved to Crested Butte, Colorado - a town famous for its freeskiers.

Then he discovered British Columbia and Pemberton and started to spend more and more time here.

"We're both in construction and actually started a green construction company called Green Mountain Homes, which was our ticket across the border - our way to get work visas and permanent residency," explained Johnston. "But before that, from '01 to '07, we would build houses in Crested Butte all summer. We'd start a custom home on May 1 and work our asses off to be done by Jan. 1 so we could make it here for the winter."

They tackled most of the local peaks and runs and together were most proud of their second and third ascent of Plinth Peak.

In the past five years Hannan put over 13,000 kilometres on his snowmobile.

Johnston didn't join Hannan on the Mount Currie trip because of a broken hand, but said the group was careful and knew the area. They were also going one at a time for safety, following the backcountry rulebook to the letter.

But while Hannan didn't take unnecessary risks, he never gave up either.

"The biggest thing about Jack was his motivation, it was crazy," said Johnston. "Never in the 15 years I've known him has he said, 'I don't feel like it.'"

When he wasn't skiing or building homes Hannan was also an avid mountain biker. He was working on a few trails in the Pemberton area. He would also go hunting for elk on occasion - anything to get outside.

He was married to Laura Ogden, the 2006 Freeskiing World Champion. They recently purchased a home together. Hanna has also written for Powder magazine, and has been featured in several films. Dozens of segments, representing only a portion of his work, are on YouTube.

"I would describe his personality as solid," said Johnston. "He was a guy you wanted on your side if shit went sideways. If we went on a mission with the two of us out there I knew he'd kill himself trying to get me out if that's what it took."

Johnston says there is a lot of disbelief that Hannan is gone, but also acceptance.

"We all know what the stakes are and what we're up against, and we've pushed it really hard for a long, long time," he said. "A lot of people die playing this game, and it sucks. I guess there's disbelief because everyone figured it would be somebody other than him because he played it so well."

Johnston says he will continue to ski in Hannan's memory and treasure their friendships, and will keep "the good parts" in his head.

A memorial and celebration of Hannan's life is being planned for Saturday, April 12 at 4 p.m. at the Black Squirrel Restaurant, at The Meadows at Pemberton Golf Course.