Financial constraints mean team won’t be re-locating to Pemberton this season
Jan 30, 2009 6:08 AM By: Clare Ogilvie 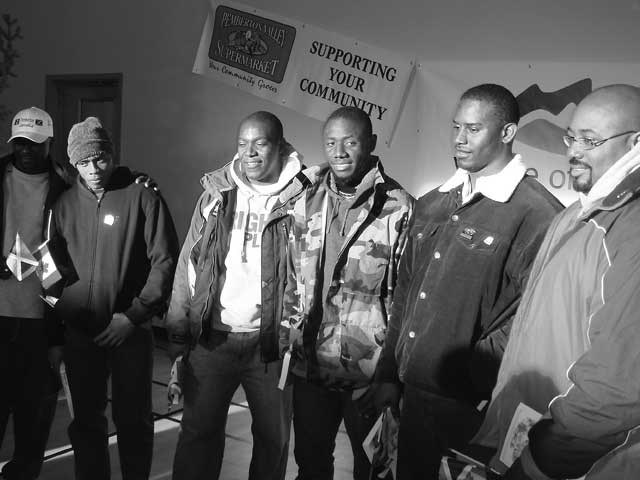 Bobbin’ in Utah The Jamaican Bobsled Team won’t be settling in Pemberton after all. The group’s general secretary pointed to harsh economics by way of explanation.

The Jamaican Bobsled Team will not be re-locating their training base to Pemberton this season, for financial reasons.

"We are very appreciative of the kind hospitality of the people of British Columbia in November, and are eager to return to the great bobsleigh fans of Vancouver, Whistler, Pemberton, and Calgary as soon as possible," said Christian Stokes, General Secretary of the Jamaica Bobsleigh Federation in a statement.

"Unfortunately, the economic realities of the day have made that impossible for us, and we have decided to move to Utah where we have trained and competed before, as the guests of the terrific Jamaican and athletic communities in Salt Lake City."

Pemberton had opened its heart to the athletes of the JBT and hoped that the team would re-locate there for good. Locals had come forward with offers of accommodation and support.

And while the town fully supports the efforts of the athletes some Pembertonians have become concerned about financial support for the athletes.

"We wish the individual athletes, some of whom have become personal friends, best of luck with their journey towards the 2010 Olympics."

The JBT has just finished competing in Koenigsee, Germany where it competed in the Junior World Championships in the two-man bobsleigh. The team will next compete at the World Championships in Lake Placid in February. It is not clear if they will compete in Whistler at the FIBT Bobsleigh and Skeleton World Cup Feb. 2 through 8.

"This is not entirely unexpected," said Pemberton Mayor Jordan Sturdy of the JBT's decision to return to its Utah training base.

"I am hopeful that they will be able to return. It is not over. However, I think in order to be able to participate in these events you need to have some standing and need to qualify and those things are beyond our control."

The Jamaica Bobsleigh Team made its debut 21 years ago at the 1988 Winter Olympics in Calgary, and finished 14th in the four-man event at the 1994 Games in Lillehammer, Norway. They also were two-man and four-man world push champions in 2000 and 2001 and had a start record in the two-man event at the 2002 Winter Games in Salt Lake City.