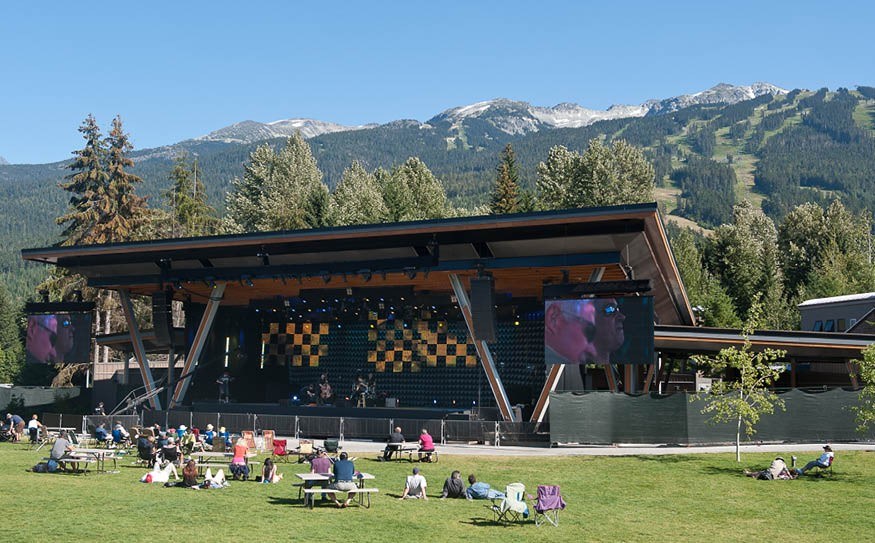 JAZZ SUIT Organizers of a jazz event in Whistler are suing the RMOW for damages after failed festival. Photo by Scott Brammer Coastphoto.com

Jazz On the Mountain At Whistler Society has filed a notice of claim to sue the Resort Municipality of Whistler for $704,000 plus damages and punitive damages, stemming from its 2011 summer festival.

Organizers allege that the RMOW is in breach of a duty of care for compromising the festival's financial viability, refusing to offer financial and conceptual support and allocating Resort Municipality Initiative (RMI) funds to other concerts slated to run around or during the festival's Labour Day weekend date. RMOW has made it impossible for JOMAW to continue to produce a JOMAW event in Whistler," the claim states.

Organizer Arnold Schwisberg, who underwrote the event, filed the claim with the B.C. Supreme Court on Feb. 28. In the claim, he alleges that the RMOW breached its duty of care in several ways. For example, the document says that Schwisberg had been working with the Globe and Mail to secure editorial content and arrange advertising for the festival when John Rae, the RMOW's manager of strategic alliances, "assumed control of the editorial content" and, as a result, the coverage barely mentioned the jazz festival.

JOMAW also alleges that the RMOW was in breach of duty of care when it didn't offer financial assistance to the festival, but allocated $100,000 to Wanderlust, a for-profit yoga and music festival which would be in competition with Jazz on the Mountain. Furthermore, the RMOW added to the festival's competition when it decided to run a free concert series with big-name acts like the Barenaked Ladies and Tom Cochrane, organizers allege.

"Rae and (Jan) Jansen (RMOW's general manager of resort experience) were told specifically by industry experts that the concerts plan would seriously harm JOMAW and would materialistically and foreseeably compromise JOMAW ticket sales. RMOW proceeded recklessly and irrespective of this self-evident conclusions," the claim says.

Pick up the Pique on Thursday March 28 for more on this story.