Jewett wins byelection in a landslide 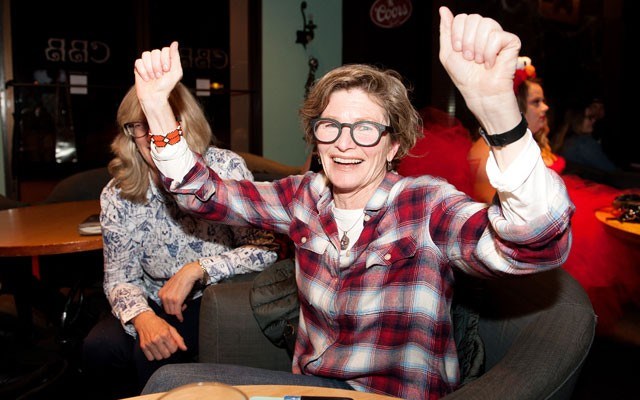 The preliminary results are in — Cathy Jewett is your newest Whistler councillor.

Roddick came second with 269 votes, while Dawn Titus was third with 201.

"First of all, I want to congratulate all the other candidates. It's not an easy thing stepping up and doing something like this, and I think it bodes really well for the next election," Jewett said, in an interview at her victory party at Cinnamon Bear Bar & Grille.

"I think it's pretty incredible that in this byelection we got seven candidates running. What is also quite incredible is that we all pretty much agreed on what the big issue was, and that's the livability of the resort."

Dealing with issues around keeping Whistler livable is something Jewett is looking forward to tackling with the current mayor and council, she added.

"It's a very complex issue and there's a lot of moving parts to it. There are some simple solutions, but a lot of it is really complicated," she said.

"I think that we have to give the current mayor and council credit. They are working towards that... they're not oblivious to it. They understand the issues. We're also going through another really big change here: a change in the ownership of Whistler Blackcomb, so this is a real transition year — not just for me, but for the whole town."

Pick up next week's Pique for a full byelection wrap-up.