Canadian pop superstar hits the ice with the Winterhawks
Nov 24, 2017 7:49 AM By: Braden Dupuis 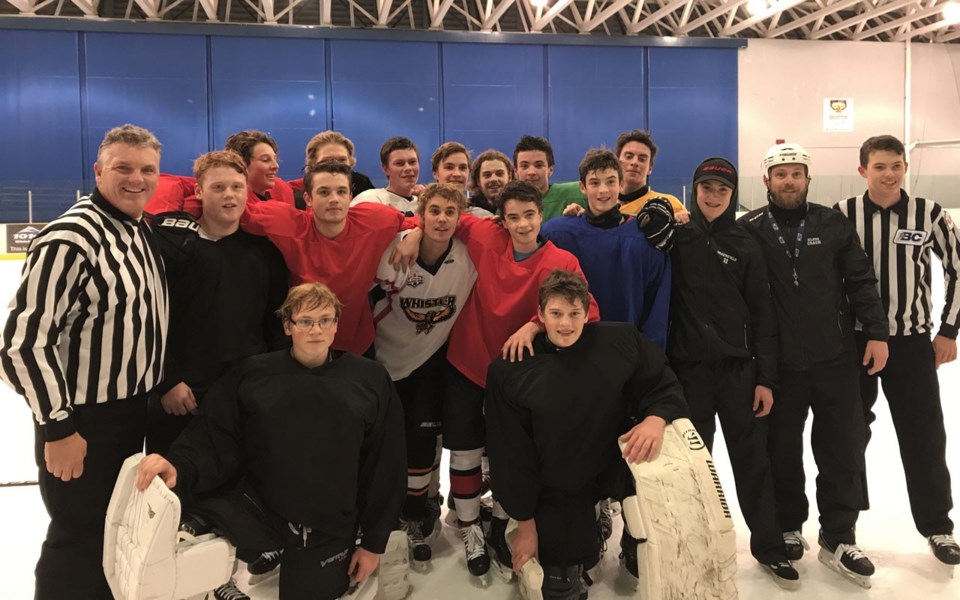 Whistler's midget 'A1' Winterhawks hockey team got the surprise of a lifetime before their scheduled practice on Thursday, Nov. 23.

The team was set to hit the ice at 7 p.m. when head coach Mike Kleso came in with a special announcement.

"He comes into the room and says, 'Boys, we got a special guest tonight who's going to join us, we're going to have a scrimmage,'" said Steve Legge, president of the Whistler Minor Hockey Association.

Bieber joined the team on the ice for two periods, scoring two goals and sticking around to pose for some group photos afterwards.

"He was very humble, he was very polite, and just excited to be there. We gave him a jersey, and he instantly put it on. He just wanted to go play," Legge said.

"And it was like, yeah — that's what it's all about in Whistler. Who cares who you are? Put on your skis, put on your snowboard, put on your skates, whatever you got, and let's go."

Legge said he got the call from someone in Bieber's entourage at 11 p.m. the night before, and after a call to Kleso shortly after, the stage was set — but nobody else could know.

After some back and forth with Bieber's team in the hours leading up to the practice, and a quick once-over of the arena by his security team, Bieber himself arrived at the back door of the Meadow Park Sports Centre.

Legge met him outside before showing him to his own dressing room. Then came the big surprise.

"It was awesome. It was a great experience for these kids," Legge said.

"Sincere, genuine and humble would be the best three words I can use to describe that man. He was pretty shy, too... I was very impressed.