Keeping faith in the face of COVID-19 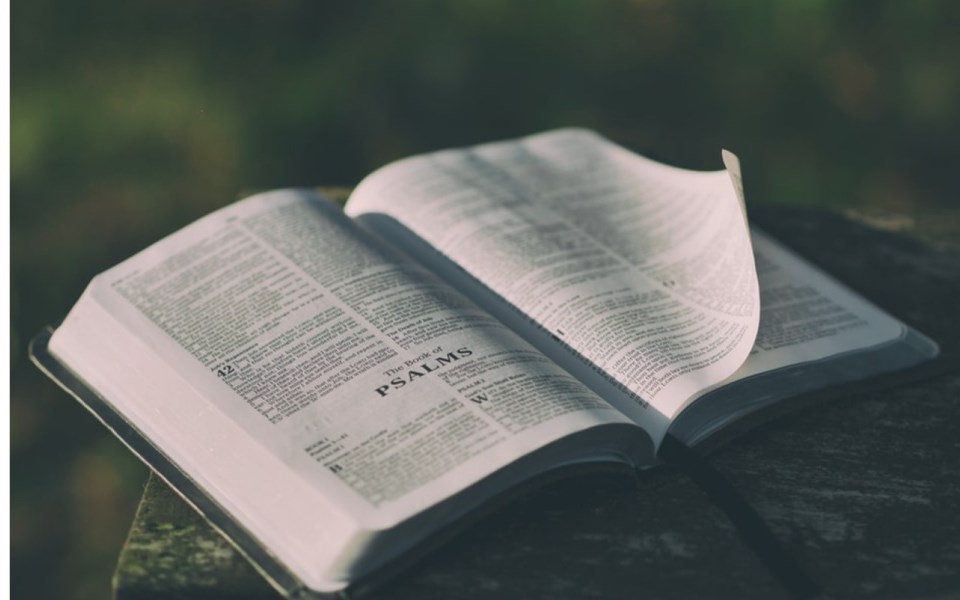 Like everyone, local religious groups are adapting to new physical-distancing requirements, adjusting their services so as not to risk spreading COVID-19.

"We all log in at 10 a.m. on Sunday mornings from our homes, and we worship together," he said.

Pasiuk added that he is encouraging the congregation of about 130 people to stay connected, saying that doing so is key to ensuring everyone emerges from this difficult time in a good place.

"Community health is about more than just not spreading a virus," he said. "It's about making it through together and being together."

A phone call goes a long way, he said. "What we need right now is to hear each other's voices and let each other know that we are thinking of them and praying for them. That encouragement seems to mean a lot right now."

The current "stay home" message has also forced the church to cancel its plans for a groundbreaking ceremony for the new church set to be built on Fitzsimmons Road in White Gold.

"That was supposed to be a big community block party," he said, adding that the church plans to livestream the event instead.

With society on edge about the pandemic, Pasiuk said that many are finding comfort in faith.

"A lot of people have lost their jobs, or they've had their hours reduced," he said.

"It can be very discouraging to face that uncertainty and face the isolation, and so it's really important that we are looking to God and that we are supporting one another through it."

The Gospel, he added, also holds an important message when it comes to self-isolation.

"We are taught by Jesus to love our neighbours as ourselves and to consider others more important than ourselves," said Pasiuk. "So we want to not just avoid unhealthy behaviours, like hoarding or anger ... We want to be conscientious, we want to make sure that we are not putting anyone else at risk."

It's offering a "prayer line" mini-service for an hour six days a week in addition to its extended Sunday services.

"In a way, it actually has a positive impact on us," she reflected. "We're doing everything online, and it has brought the church closer [together]."

Whistler's Catholic church, Our Lady of the Mountains, is also moving its services online. This represents a dramatic change in the nature of church services, as the congregation can no longer receive Holy Communion, explained the church's resident priest, Andrew L'Heureux.

"I don't think in the history of the church ... that we have ever had a situation like this where churches and Sacraments were not available," he said. "Even during persecutions that the church has faced over the years, the Sacraments were made available, often at great personal sacrifice to the priest and the lay people."

The church is, however, leaving its doors open for roughly 10 hours a day, so as to allow people to pray.

"We have removed most our chairs to foster the physical distancing needed for people's safety and make an effort to sanitize the place each day," said L'Heureux.

Spring is also an important time for the Jewish community, with Passover set to take place from April 8 to 16. Traditionally, the community is brought together for Seder dinners during this time, explained Ira Pettle, who has organized Hanukkah celebrations in Whistler the last two years.

Seders are typically family affairs, bringing together multiple generations, but in Whistler, Jewish outreach organizations such as Chabad will organize community get-togethers.

"Organizations like [Chabad] are designed to help Jewish people who are kind of fragmented, who don't necessarily have family during the holidays," Pettle said.

This year he plans on having a "mini-Seder" at home with his girlfriend, he added. "It's just going to be the two of us," Pettle said. "We'll do our best to observe and honour the tradition, but we are going to be doing it on our own."

As for Whistler's Muslim community, the Friday prayers that are typically held at the Maury Young Arts Centre have been cancelled.

They are organized by the BC Muslim Association (BCMA), which has cancelled events around the province.