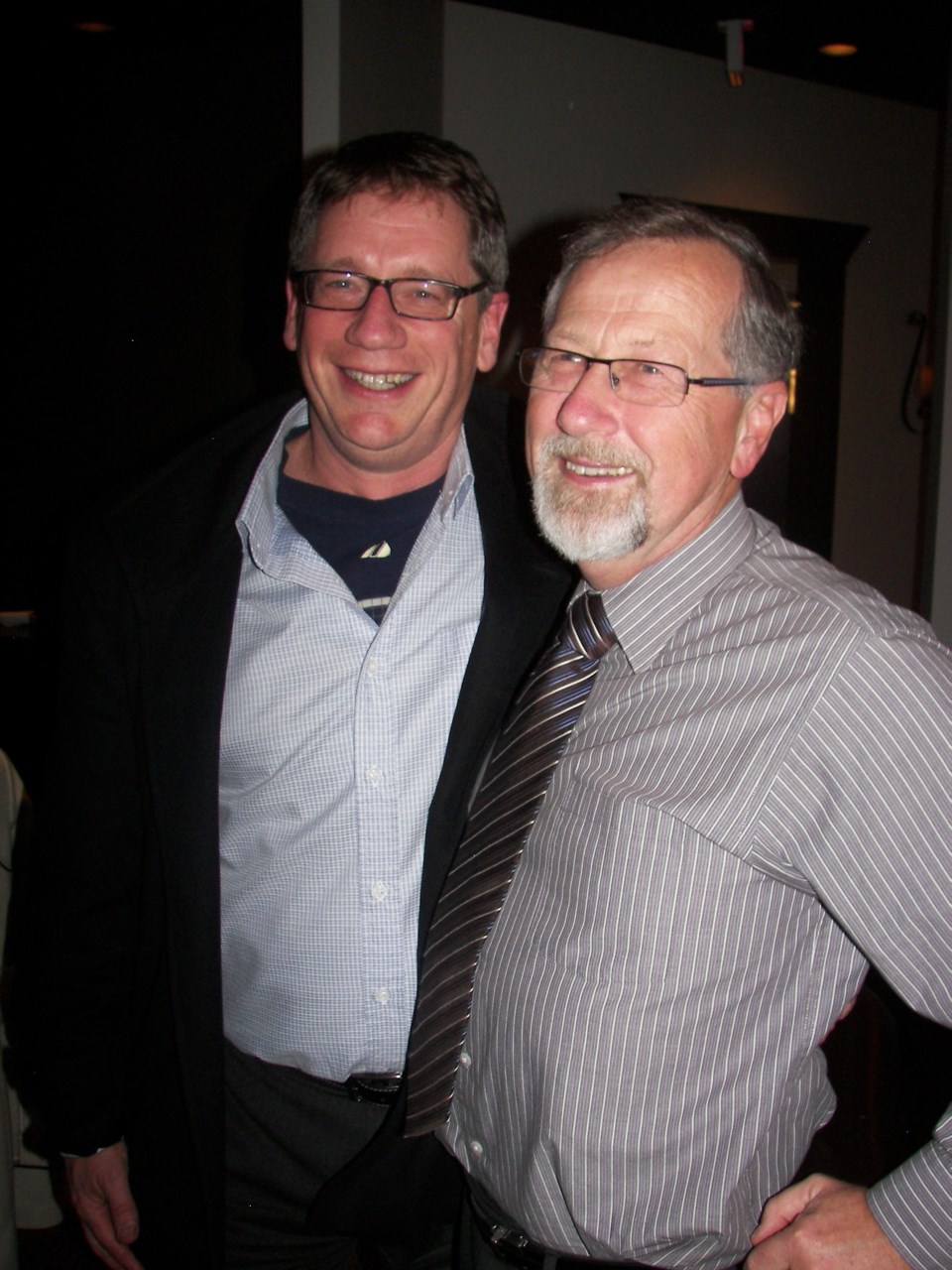 Rob Kirkham has traded in his councillor position for the mayor's seat at the front of the Squamish Council Chamber.

Kirkham pulled out a 179-vote victory over his challenger, Auli Parviainen, on Saturday in Squamish's municipal general election. In squeaking by the former Whistler resident who has lived in Squamish for only two years, Kirkham will form a new council for the next three years with Patricia Heintzman, Doug Race, Ron Sander, Bryan Raiser, Ted Prior and Susan Chappelle.

Heintzman was re-elected and topped the polls with 2,293 votes, ten more than the total number of ballots cast for Kirkham. Race was also an incumbent and he picked up 2,088 votes while newcomer Ron Sander polled third in the councillor race with 1,728 votes. Raiser, another incumbent, received 1,648 votes and Prior followed close behind with 1,630 votes.

First-time campaigner Susan Chappelle won the final spot on council with 1,601 votes and Jeff Cooke followed Chappelle with support from 1,327 people in his first bid for a spot on Squamish council.

"We've got a really diverse group that got elected as councillors," said Kirkham on Saturday shortly after he learned the election results. "It looks like a good group that we can work with."

Kirkham's win gave him a second term in office following his successful first campaign in the 2008 election. Greg Gardner, the current mayor, decided not to seek re-election. Gardner is stepping out of politics after one full term as mayor and a partial term as a councillor before that.

The first priority for Kirkham is to get the Squamish Oceanfront Development Corporation (SODC) on track. Kirkham's new team members are also concerned about the future of the SODC and the land it controls at the top of Howe Sound.

Councillor-elect Sander said he is looking for a responsible resolution and direction for the SODC.

"I've talked about an option that is available and I know that certainly a lot of people have put their hearts and minds into another option, but at the end of the day the solution has to be a responsible solution that doesn't put the taxpayers at risk," Sander said.

Developing a solid marine industry on a portion of the waterfront lands was listed as a key issue of Sander's election platform. His platform document indicates his desire for family-supporting oceanfront jobs and perpetual economic return to Squamish.

"I'm open to listening to the alternatives that are available and collectively with the group that's there coming up with what I hope is a responsible solution that doesn't mire us in $17 to $20 million in debt," said Sander.

Like Sander, Prior's vision of the waterfront isn't necessarily consistent with the recent discussion as he said he believes the Mamquam Blind Channel north of the oceanfront land should be the focus before the SODC lands are developed.

According to Prior, development along the channel between the downtown area and the former Interfor sawmill site was designed to take place before development of the SODC lands where a chemical plant once operated.

Chappelle said her first priority is to get the SODC board of directors filled. She said she would like to see Drew Stotesbury, formerly of Intrawest, back on the project after he declined his appointment to the board.

She also wants a more open process for choosing the members of the SODC board and for her that would involve a public application process for those interested in sitting on the board.

"There's a lot of amazing members of the community that have contributed quite a bit to the oceanfront and were promised places on the board and never had a chance to apply," Chappelle said.

There was controversy when the current council voted Gardner and Councillor Paul Lalli onto the SODC board. Like Gardner, Lalli didn't seek re-election. Race supported the move but Heintzman and Raiser didn't and when that split became public it led to uncertainty around the future of the SODC.

"We are at a critical time in the development of these lands," Race wrote in his election platform. "We have a plan and now must see to its implementation."

Race said the oceanfront land issue is one of the main reasons he sought re-election.

While Heintzman and Race didn't agree on who should be on the SODC board Heintzman also feels the current plan to develop the lands with a park and a mixture of housing, commercial development and light industry is the best plan. She wrote on her blog that she supports pursuing a joint-venture partner to develop the oceanfront lands.

Chappelle said in addition to the oceanfront situation she has a strong interest in seeing changes in the transit system.

"We need a transportation coordinator whether it be at the SLRD level or at ours," Chappelle said. "Right now (the general manager engineering and parks), Brian Barnett's doing it from the corner of his desk and that is unacceptable."

Chappelle said she supports a commuter service for Squamish along with an expanded HandyDart program. She said she met with B.C. Transit before the election to discuss these issues.

While there are some differing views amongst the incoming council members about the future of the oceanfront, they all agreed with Kirkham that the new council is made up of good people.

Raiser said on election night that he was really excited about the new council.

"I think the best part of this council is that we have a relationship already," Chappelle said and then went on to describe how she was connected to the new members on the incoming council before the campaign started.

Prior and Sander both said they believe the other members of the incoming council want to move things forward.