Whistler Chamber resolutions get support at BC Chamber AGM
May 29, 2020 7:39 AM By: Braden Dupuis 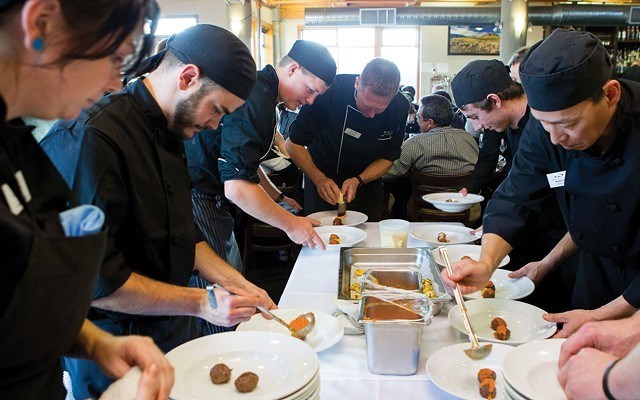 Whistler's labour woes were well documented before COVID-19. Now, resort stakeholders are imagining what the labour pool looks like throughout various stages of reopening. FILE PHOTO COURTESY OF WHISTLER BLACKCOMB

As Whistler looks to its post-COVID-19 economic recovery, one of the biggest questions is one many employers are already familiar with—where will the workers come from?

"As businesses continue to reopen, we're poised to bring back that success that we once had. It's going to take time, and we are also at this point, in our own community, not sure what the supply and the demand are," said Whistler Chamber CEO Melissa Pace.

It's a question being discussed by local stakeholders at the municipal Economic Partnership Initiative committee, she added, "to really understand what those needs are going to be, and then how do we calculate it and how do we understand it better."

A pair of Whistler Chamber resolutions (both written pre-COVID)—unanimously endorsed at the BC Chamber of Commerce annual general meeting held Friday, May 22 and Saturday, May 23—could help ease the labour burden in some areas.

The resolutions—one related to increasing the amount of Early Childhood Educators in the province, the other to expanding the Provincial Nominee Program (PNP)—will now become part of the BC Chamber's advocacy efforts with government. (Read more here.)

"We're encouraging the Government of Canada to expand our Provincial Nominee Program and increase the total number of available nominations to help employers attract and retain employees with skills, experience, and the qualifications that are required to fill current and future openings," Pace said, adding that B.C. is expected to have 861,000 job openings in the next decade (again, pre-COVID estimates).

"As we go through the phases of reopening, our intention is certainly to get back to a place where we were, and when we get there we need to make sure that programs like this are in full force and supporting the needs of our community."

The resolution was a joint effort with Whistler Immigration, which has been working on similar issues with the chamber for two years now, said partner and managing director Brooke Finlay.

While Finlay said she agrees with Pace that it's likely too early to say what Whistler's post-COVID labour outlook is, on a national level, the federal government is indicating immigration will play an important role in Canada's recovery.

"Even when questioned by the opposition critic—you know, how do you justify immigration levels when there are millions of Canadians that are unemployed right now?—the minister sort of pointed to, historically, after a pandemic, after a war, that immigration has played a key role in Canada," Finlay said.

"So they're expecting it to be the same."

Whistler Immigration has 100 active clients at any given time (both employers and workers), and the current economic shutdown has led to uncertainty on both sides, Finlay said.

"Things are changing every single day," she said.

"The government's enacted the Emergencies Act, the Quarantine Act, there's travel bans, and with all of that, there comes all the iterations of interpreting these different changes.

"This is the craziest thing I've ever seen, and I've been working in the field of immigration for eight years now. So the uncertainty is the biggest thing."