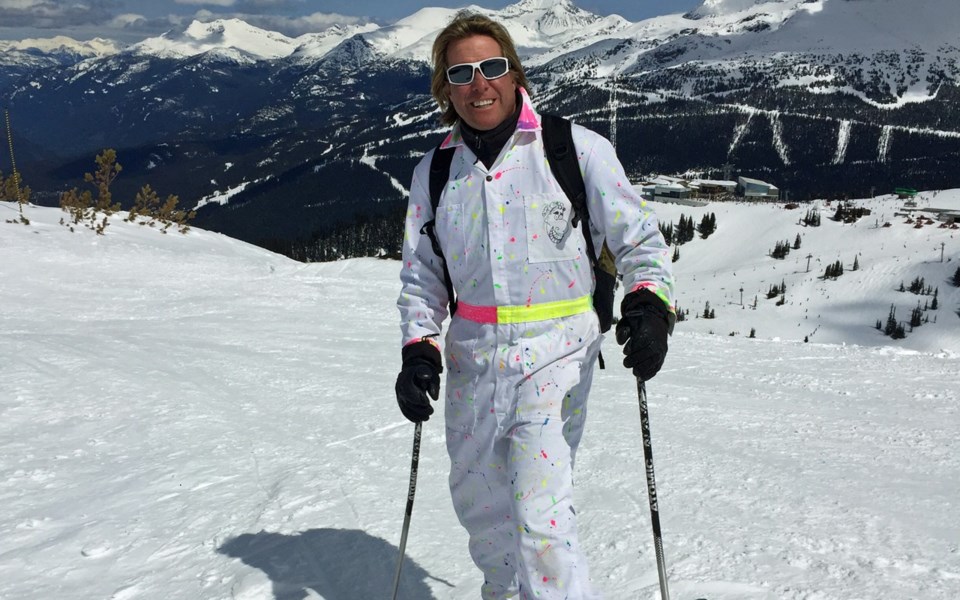 While the EpicMix Leadership race isn't officially over until May 21, Robert Curphey has a sizeable lead—and his eyes are locked on the finish line.

"I will surpass 6 (million) vertical feet by Tuesday, (May 8)" he told Pique in an email last week. "I cannot lose this competition under any circumstances ... I'm skiing right until the bitter end."

The race is, of course, a unique competition.

In addition to receiving points for vertical feet skied, participants can earn "pins" for certain achievements.

Six million vertical feet is a lot of skiing—and one might think that Curphey, who has been coming to Whistler since the late '80s, stuck to certain lifts and groomers.

But that, he said, wasn't the case. "I did not do that," he said emphatically, when reached by phone. "I skied where I wanted to. I skied the big powder days way up ... Sometimes I skied Spanky's all day."

The trick was consistency, skiing "bell to bell" on as many days as possible.

Over the season, he got to know the lifties and developed a deeper appreciation for ski instructors, who keep a positive attitude regardless of the weather, he explained.

Averaging between 45,000 and 75,000 vertical feet a day, Curphey estimates he took around 10 days off throughout the entire season.

So what warranted a day off?

Costco runs, family stuff and satisfying his craving for dim sum in Vancouver, he explained.

Occasionally, he'd have to make up for a "low vertical day" (like when he had to ski with family) with a "high vertical day."

On his most prolific days, he'd reach over 60,000 feet of vertical, flying into the lift line, entering a "Zen state."

After working in the real estate industry for the past 29 years, this was Curphey's first year off to live the ski-bum lifestyle full-time—and he loved it.

Whistler is a special place, he explained. He hopes to move here.

Yet despite having confidence that he'll take this year's competition, Curphey acknowledged that he never would have won were it not for a brutal injury in February.

Longtime local Paul Fournier was lapping Crystal on a foggy day when he hit a death cookie, breaking his leg in two places.

Fournier—who was competing in memory of his late friend Chris Prior—was the clear leader at the time of the accident, well ahead of anyone else.

After learning he was in the lead early in the season, Fournier got "a little bit addicted," he explained.

"I just started ripping, getting up at eight in the morning, packing pockets full of energy bars, and skiing until the guys kicked me off of the lift," he said.

While Fournier's motivation for competing is clear, Curphey's are a bit hazier.

There are, after all, no prizes.

"There were prizes in the past—but apparently Vail (Resorts) says they don't want to reward fast skiing, always wanting to cover themselves on liability. No fun Vail (Resorts)," he said.

Prize or no prize, Curphey said he'll take the win to his grave.

He may put it on his tombstone—or place it on his resume when he steps away from his real-estate business, moves to Whistler full-time, and goes looking for a dishwashing job. "It'll be at the top of the resume," he said with a laugh.

The experience, he said, was life affirming.

"It made a great year even more fun," he said.

Then, pausing for a moment, he added, "Although my wife might say she was married to a leaderboard monster."