Concert shows how Whistler pulls together in the face of hardship
Mar 26, 2020 12:00 AM By: Alyssa Noel and Dan Falloon 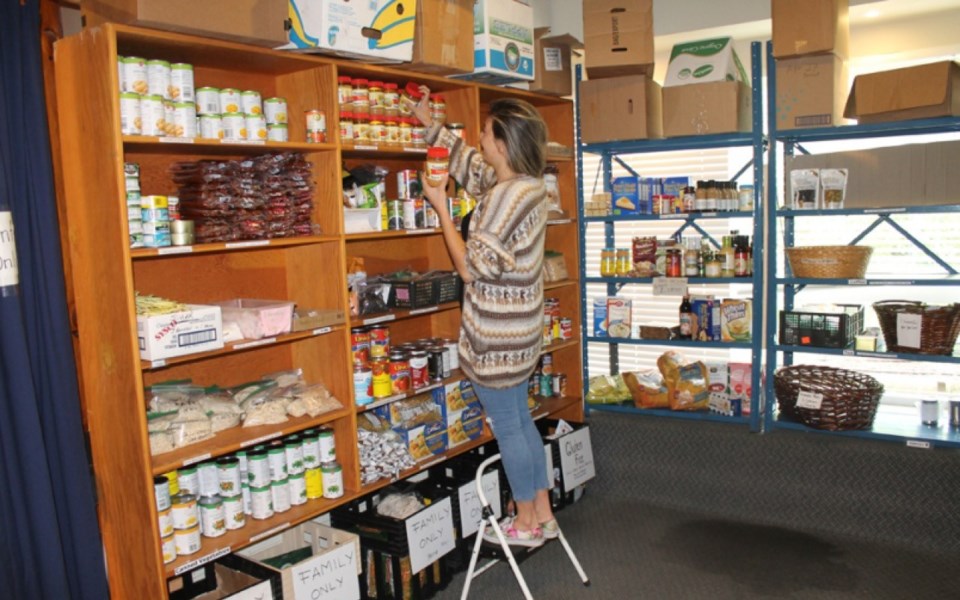 FOOD FUNDS The Hairfarmers and Whistler Live hosted a livestream concert last Friday, March 20, that raised more than $40,000 for the Whistler Food Bank. The video was left up for 48 hours, bringing the total donations closer to $50,000. File Photo by Alyssa Noel

Last week, Whistlerites gathered for one of their favourite activities, après—only the music, drinks, and conversation weren't at their typical watering holes in the village.

Instead, locals—and people as far away as Australia—tuned in from the comfort of their own living rooms to see The Hairfarmers play from a Tapley's Farm garage.

Organized in just a few days with technology from Whistler Live, the livestreamed concert not only had the intended effect of bringing a community together remotely, but it also raised more than $40,000 for the Whistler Food Bank in a mere hour and a half. (Organizers left the video up for 48 hours after the livestream, which drew additional funds, bringing the total closer to $50,000.)

That will add up to 1,100 emergency food bags that are desperately needed as locals continue to face layoffs during the COVID-19 pandemic.

"It exceeded all of our expectations," said Andrew Bacon, one of the three people behind Whistler Live and the show's MC. "I was hoping for a couple hundred people to go online."

In the end, more than 900 people tuned in—many opening up their wallets and commenting in real time with requests, hellos, and well wishes.

"I never expected that many people to watch or that much money to be raised," said "Grateful" Greg Reamsbottom, one half of the band. "It goes to show what an amazing community Whistler is—whether you live here or you've lived here and gone back home, this place leaves a positive mark on people and they bring that positivity with them."

Buried in one of the hundreds of comments: a message from the Whistler Blackcomb Foundation. On the fly, they offered to match donations up to $22,000.

"We had no idea that was going to happen," Bacon said.

The Hairfarmers kept one "Joey Ramone" apart as part of their social distancing and cranked through songs by Led Zeppelin, Grateful Dead, and The Tragically Hip.

(Only four people were in the garage, they all kept far apart, and disinfected equipment, Bacon was careful to add.)

Lori Pyne, interim executive director of Whistler Community Services Society (WCSS), which runs the food bank, and her team were also tuned in. She sent screenshots to Bacon throughout the show of the donations rolling in.

"We were for sure surprised," she said, adding food bank visits in the last week have gone up about 30 per cent. "We were all texting each other. It was really fun, actually. It was an uplifting time in our week."

In the end, the livestream brought together the community, created a sense of normalcy amidst uncertainty, and showcased just how generous Whistlerites can be.

The giving hopefully won't stop after the show as, in a recent release, WCSS detailed the increased demand for its services. The food bank is looking for donations of both cash and food to help serve more people—cash donations (which can be made online at mywcss.org/get-involved/donations) go further, as the food bank receives wholesale prices.

Currently, the food bank is low on food high in protein such as canned fish and meat, as well as nut and seed butters. Donation bins are available at all Whistler grocery stores, which is where Pyne would prefer to see people donate.

Compounding the food bank's current challenges is that several of the most-needed items are among the items members of the public are stocking up on, too.

"What's tricky is the things we need for the food bank are the things that households need, so all the staples," she said. "It's the things people are hoarding, quite frankly.

"We're confident there's enough supply, it's just the distribution of the supply. Because everyone is double-buying things, they're having to distribute it doubly as fast and that's just logistically impossible."

Among businesses that have made contributions are Whistler Blackcomb, which distributed its perishable food across all three food banks in the Sea to Sky corridor when it closed, Hy's and the Longhorn Saloon, which also donated perishables, and Gordon Food Service, which donated the use of a refrigeration truck. Meanwhile, Nesters Market provided a pallet of pasta and sauce.

Nesters general manager Bruce Stewart has observed the generosity of the community in person, noting that donations at their store are exceeding even Christmas-time levels.

"Right now, it's tremendous. That bin is getting filled up several times a day," Stewart said.

Those looking to access WCSS outreach services can call 604-932-0113 or make an online booking through mywcss.org. Outreach workers and frontline staff can "advocate for the community's wellness needs and direct clients to a range of social and financial services," according to a release.

"We're seeing really good uptake on the outreach services we're offering. It's support for community members that have lost a job, or are feeling lonely, or can't get home," Pyne said. "We're doing all our services via telephone or video conference, and we have outreach [workers] out in the community, in the village, just making sure that we're connecting with the vulnerable people that don't even have phones."

Meanwhile, Bacon is hoping that any local musicians who are interested in working with the company—which initially launched as a channel to showcase all Whistler videos in one place, and livestream local venues and hotspots—will reach out.

"For now, we're all in this together," he says. "We're not here to make money. We're here to help in any way we can. This is a positive experience for us. It's good karma and sharing a lot of good vibes for people. We need that now more than ever."