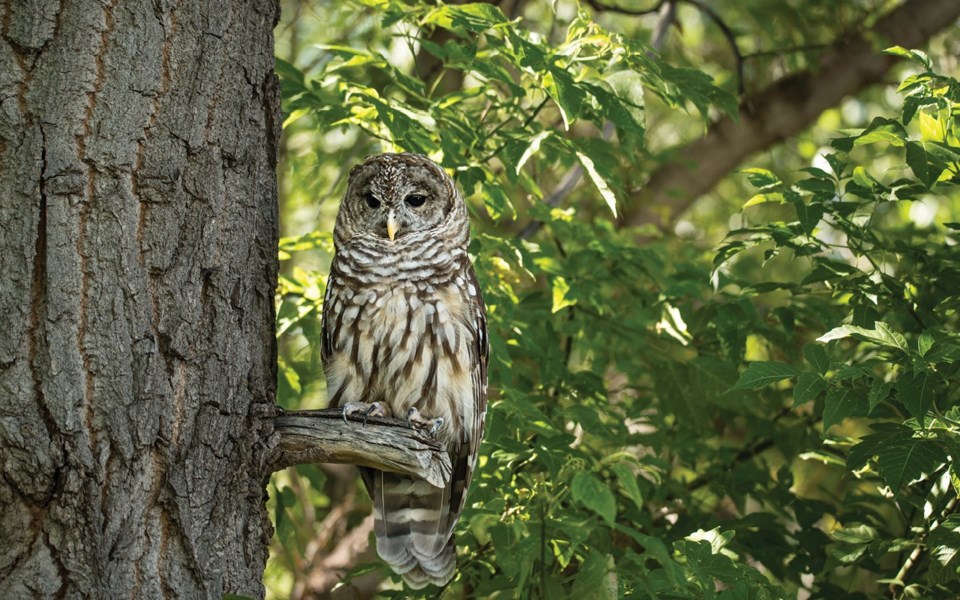 If you have any interest in our troubled ecosystem, you may have caught news of a recently released study on avian decline that garnered significant media attention.

The conclusion of the study, published in the journal Science last month, is alarming: That over the past half-century, North America has lost more than a quarter of its entire bird population.

The study combined information on migrating flocks detected at radar stations, and research collected through long-standing avian surveys conducted with the support of volunteer birders.

David Aldcroft, who took part in the Whistler survey for 40 years, said that while he wasn't surprised by the overall conclusion of the Science article, the scale of loss it found isn't reflected in the yearly results of the Whistler survey.

"In the Sea to Sky, the data doesn't show any noticeable decline or increases," said Aldcroft.

"Having said that, obviously—as someone who has been bird watching for over 50 years—I'm acutely aware of a number of bird species being in decline."

These include species such as swallows and the Common Nighthawk, said Aldcroft.

"I think we are going to have to take the 'common' name away pretty quick," he said.

Ken Wright, a biologist and member of the Lillooet Naturalist Society, said that the group has documented a significant decline in the number of wintering American Dippers in the Lillooet area.

"They were more concentrated in the early 2000s, because there were harder winters, and there was a lot more ice," said Wright, speaking specifically about the Bridge and Seaton rivers and lower Cayoosh Creek.

"I think that's the overall trend: that we just aren't getting the same amount of ice, [that] winter severity has declined."

"A species may have declined in the prairies due to forest loss there but increased or stayed constant in another area," he explained by email. "In this way, it is difficult to make generalizations based on individual counts.

[The issue] highlights the importance of sampling a large proportion of a bird population when drawing conclusions about it."

With regards to B.C.'s bird population, it's clear that aerial insectivores—such as swallows, swifts, flycatchers and nightjars—are "clearly not doing well," said Bradley.

Bradley also highlighted the "near loss" of the Northern Spotted Owl from B.C. as a particularly tragic development.

"There are fewer than 100 pairs remaining in the province," said Bradley.

(You can read more about the Northern Spotted Owl—and the efforts to recover the population—in Nicola Jones' recent cover story for Pique, "Saving the Spotted Owls.")

While the North American trend is alarming, B.C. has also seen some success stories in recent years, with raptors and waterfowl thriving, according to Bradley.

Those species success "highlights the importance of successful conservation measures we have made in the past," he said.

"Wetland protection across Canada has really promoted the success of duck species, and this has largely been made possible through the involvement of the hunting community and the NGO Ducks Unlimited in the protection and restoration of wetlands," he said.

"For raptors, the banning of DDT use in North America in 1972 really resulted in a boom for raptors."

For Bradley, the loss of so many birds highlights the deep-seated challenges that our ecosystem is grappling with and should serve as a call to action.

"Birds are sentinels of environmental health that we all can connect with—the proverbial canary in the coal mine," he said.

"The ecosystem services that birds provide humanity, such as for insect control and crop pollination are provided for free by birds—shouldn't we give them something in return?"