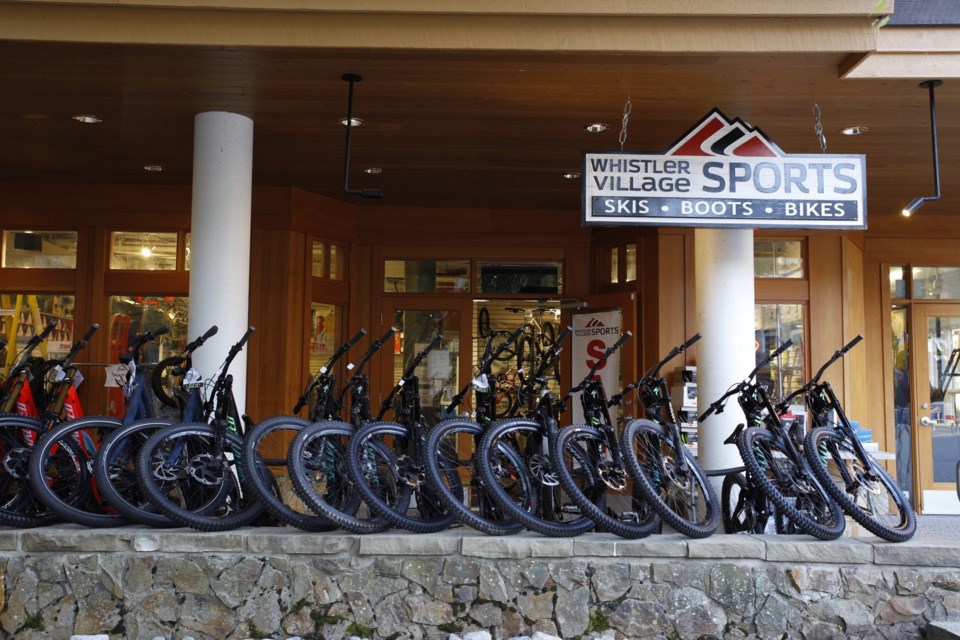 Whistler Village Sports Ltd. and its five resort locations have been acquired by a Seattle-based retailer with close ties to Whistler. Photo by Nate Simmons

Whistler Village Sports, one of the resort’s most recognizable independent brands, has been purchased by an American retailer with close ties to Whistler.

On Monday, Oct. 22, it was announced that Whistler Village Sports Ltd. and its multiple retail locations have been acquired by action sports retailer evo, giving the Seattle-based company its first physical presence in Canada.

“For us, Whistler is a mecca, “ said Bryce Phillips, evo founder and CEO. “It’s the place where everything we love kind of intersects. Having had a long history in Whistler and really just loving spending time there, then also being in the ski, snowboarding, mountain bike and skate business, Whistler made sense for so many reasons.”

“Whistler Village Sports was one of the first sports stores in the Village, and I know Bryce will continue our independent legacy and keep that part of Whistler going as a community store,” said Whistler Village Sports owner Dave Milley in a release. “We have a lot of long-term staff that have been with us with years of experience, and everyone is stoked on the fit with evo. They have a very similar culture and attitude toward the business and enjoying the outdoors.”

In addition to its existing stores in Seattle, Portland, Ore., and Denver, Colo., evo has a significant web presence that Phillips said would help “shine a light digitally on the stores within Whistler.

“We feel really good about what (Whistler Village Sports) is already, but to be able to drive more awareness online will only create upside.”

The local stores will maintain the Whistler Village Sports name for the foreseeable future, noted Phillips.

For Phillips, the deal closes the loop on a story that began for him as a pro skier in late-‘90s Whistler, around the time he first met Milley while looking to buy some demo skis for his nascent online retail business.

“In my late teens, early twenties, when I was selling gear just to afford lift tickets and whatnot, I wouldn’t have imagined I’d even be in retail. Fast forward all these years and not only am I in retail, but a part of this full-circle story of starting evo while living in Whistler,” Phillips reflected.

“Now, being able to come back and really build something special with a great group of people, it’s kind of ridiculous.”

Phillip is aware of the "sensitivity" around Whistler’s changing retail landscape, and said he’s committed to keeping the local feel that Whistler Village Sports has become known for. To that end, he’s already forged a partnership with Whistler-based charity Zero Ceiling and founder Chris Winter, who Phillips has known for years.

North Van paramedic partners spend decades saving lives
Jul 8, 2020 2:28 PM
Comments
We welcome your feedback and encourage you to share your thoughts. We ask that you be respectful of others and their points of view, refrain from personal attacks and stay on topic. To learn about our commenting policies and how we moderate, please read our Community Guidelines.