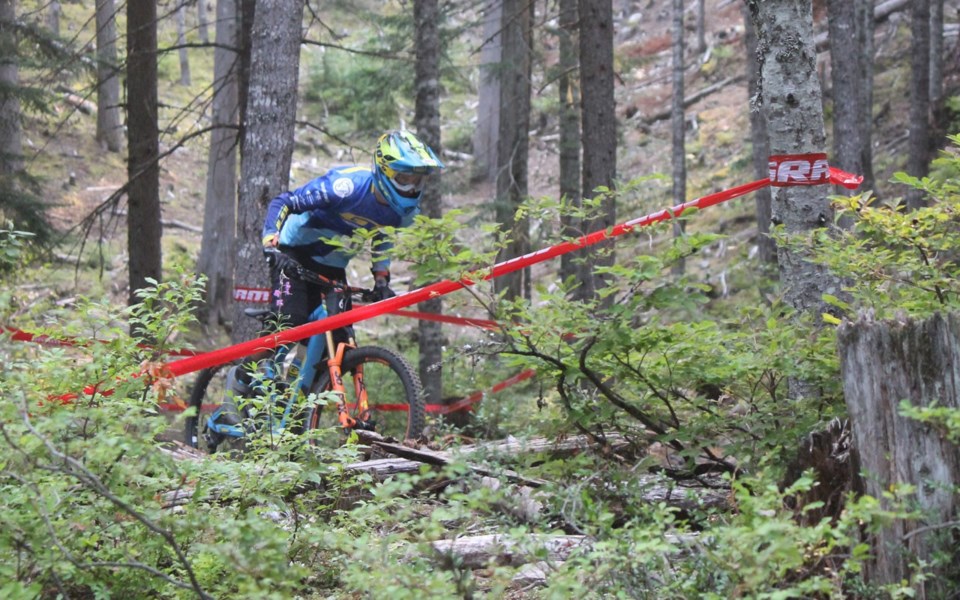 The Belgian, who has eight career second-place finishes and hadn't won since the final race of 2016, put together an incredibly consistent day at the CamelBak Canadian Open Enduro at Crankworx Whistler on Sunday, Aug. 12. Maes took second in the first three stages before winning Stages 4 and 5⎯the latter by nearly 20 seconds over the field⎯to put an exclamation point on the pro men's victory.

"I was super motivated. I wanted to get that win, and I was very excited," he said in the finish corral shortly after completing the monster Stage 5 from Top of the World in 20 minutes, 58.58 seconds (20:58.58). "It's obviously a special event, because it's Crankworx and it's Whistler. It's almost like the World Champs."

The win allowed Maes, who has hit the podium in all five races he's entered this year, to close the gap in the overall title chase on Australia's Sam Hill, Sunday's runner-up. Hill leads the second-place Maes by 560 points with two races remaining.

"I'll just try hard and keep racing. I'm not thinking too much about the overall," he said.

Hill, meanwhile, found himself in the second-place spot in Whistler for the second consecutive year. Though the long Stage 5 wasn't exactly up his alley, he still managed to put up the fourth-fastest time and hold off third-place racer Eddie Masters of New Zealand.

"I'm really satisfied. It was a tough day," Hill said. "I knew going into that last stage that it suited some of the other dudes better than me.

"I'm pretty happy to come down in second overall."

American Richie Rude, the 2015 and 2016 champion, sat in second going into the final stage, but a flat knocked him from medal contention to a 10th-place finish.

Whistler resident Yoann Barelli, representing France, overcame some difficulties early in the day to finish in fifth overall for the top local result.

"At the start of Stage 3, I really wanted to do a comeback, because I was good. I was sixth overall, but after four corners, I went down and had a crash. After Stage 3, I was like, 'OK, Yoann, you have the pace, you're riding well. Just keep it together and stay on your bike.' Then the last stage was perfect."

Defending champion and Whistlerite Jesse Melamed suffered a broken right hand in training that he said will sideline him for about a month, leaving the door open to racing in the season's final two races in Spain and Italy at the end of September.

"My hand is fine, it's my heart that hurts," Melamed said about missing his hometown race.

On the women's side, France's Cecile Ravanel won her 12th race in a row dating back to the second event of 2017, where she took second. Since the start of 2016, Ravanel has won 20 of 22 races, with a pair of runner-up finishes thrown in.

Even with her dominance, Ravanel said it's always a thrill to win in Whistler, which she's now done three years in a row, especially in the greater context of Crankworx.

"It's always special because it's a huge event with a lot of other races," she said.

Ravanel won all five stages to knock off fellow French rider Isabeau Coudurier, who has taken second in each race this season, and Israel's Noga Korem, who took her second-ever Enduro World Series podium.

"I'm overwhelmed and super excited," Korem said. "Podiuming in Whistler is a dream come true. I couldn't even dream about it. I'm super stoked.

"I really enjoyed everything. Every stage was really fun."

In terms of Sunday's conditions, riders said the smoke that blew in from wildfires burning across the province did not have an effect on their riding.

Full results are online at www.enduroworldseries.com.