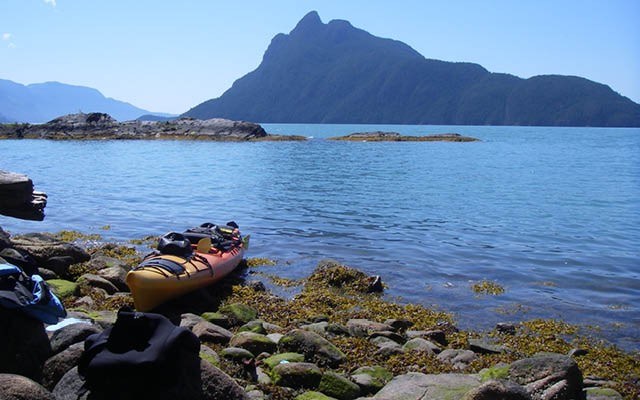 The planning for the southern section of the Sea to Sky Trail is almost complete, though this trail section is much wetter than the developed northern sections.

The plan to extend the Sea to Sky Trail south of Squamish by land was deemed impossible due to rugged terrain conditions. But instead of giving up on the idea of linking the Sea to Sky Trail to the Trans Canada Trail in West Vancouver, project manager Gordon McKeever came up with an out-of-the-box idea.

The southern extension is going to be a water-based trail.

"This will be the first and only saltwater section of the Trans Canada Trail," said McKeever from his Whistler office.

According to McKeever, the timing of the project is perfect. He noted the recent increase in the Howe Sound herring population brought dolphins and orcas into Howe Sound this spring. He said the ecosystem is rebounding and that is making it a viable recreation site right next to Vancouver.

The marine trail will feature launching points and camping areas backed by a website with the information trail users will need to enjoy the natural wonders between Horseshoe Bay, Gibsons and Squamish.

"The biggest challenge that we have was a deficiency of camping spots," McKeever said. "Kayak travel is basically walking speed. You are going four or five kilometres an hour, more or less, depending on the currents and the winds. Three to four hours of paddling is a pretty good day of work for most people."

This means the ideal distance between camping areas is about eight to 16 kilometres apart. Howe Sound has only three camping spots. McKeever noted they are found at Porteau Cove, Snug Cove on Keats Island and Halkett Bay on Gambier Island.

"We've identified several possibilities to create new camping opportunities within easy reach of each other, and right now the most important progress has been securing seven new campsites in Howe Sound as waterfront recreation sites," said McKeever.

The sites are very close to being announced as McKeever, and the people he's working with, have consulted with stakeholders in the affected areas and pulled together all the permissions required.

Once all the proper approvals are in place McKeever said funding will have to be found to properly develop the camping areas.

"As well, there's the access points that need to be properly signed, there's mapping to be done," said McKeever.

He envisions the trail's website will include all the information kayakers need to successfully navigate the marine trail.