Opponents fear regional district will pass decision back to province
Mar 3, 2006 7:51 AM By: Andrew Mitchell 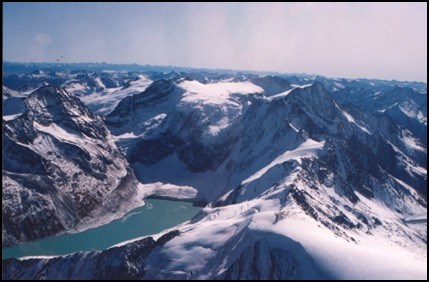 On Friday the mayor of Sparwood will make a motion at the Regional District of East Kootenay’s monthly directors meeting that he hopes will force a final decision over the proposed Jumbo Glacier Resort.

The motion is to give zoning powers for the area, and the final decision, to the provincial government, although mayor David Wilks says he has not made his own mind up if that is the best course. His intention is to force the RDEK to come to a final decision over the resort.

"I don’t care one way or another, my mind is still open, but I think it’s time to finally debate it so we can move on it," he said. "The way things are now, we could sit on it for another five, 10 years, and if nobody brings a motion we can’t discuss it."

The Jumbo Glacier Resort was first proposed back in 1991, and has been tied up in red tape, consultations with stakeholders, legal troubles, and by indecision at various levels of government. In the Kootenay region it’s a controversial proposal, to say the least. Opponents to the project say the resort will impact grizzly bears, goats and mountain caribou populations, and that its presence will only hurt other nearby alpine resorts.

The public comment period for the Jumbo Glacier Resort Master Plan will draw to a close on Monday, March 6, but Wilks says that has nothing to do with his decision to table a motion.

"In fairness to the opponents, in fairness to the proponents, we should have a debate, make a decision and live with it," he said. "There are only three options here. The first is to give the decision and zoning back to the province, the second is to keep it (the decision) and come to an agreement to rezone for it, and the third option is to keep it and not rezone it."

Wilks says there are members of the board who would back any of the three options, which is part of the reason he wants to provoke a debate.

There is some concern among RDEK directors that a decision against the resort would not be final, and that the province would decide the resort was important to the province and invoke Bill 75 to override the regional district. If that’s the case, Wilks says the decision over the resort should have stayed with the province.

In addition, the RDEK has only been involved with the resort for two out of the 15 years since it was first proposed, while the provincial government was involved for 13 years.

Jumbo Wild, which is leading the campaign against the construction of a four-season ski resort in the Jumbo Valley, is concerned that the RDEK will vote to give the decision to the province.

"To have this decision sent back to Victoria would be a disappointing surrender of local democracy," said John Bergenske, a spokesperson for Jumbo Wild. "The promoters (of the resort) have failed to convince most local residents that the scheme to exploit Jumbo will benefit our communities or lifestyle.

"If the Kootenay people cannot make their own decision in this matter that is clearly within the RDEK’s mandate, we should expect serious future implications stemming from this precedent."

The province has maintained all along that the project would not proceed without the approval of RDEK, which has zoning powers for the Jumbo Valley area. Jumbo Valley is located about 55 km west of Invermere, about 34 km down a logging and mining road from Panorama Mountain Resort.

The major proponent behind the resort is Vancouver architect Oberto Oberti, who also has a resort development and consultant group called Pheidias Project Management. Pheidias was part of the Kicking Horse Mountain Resort development in Golden, but is no longer involved with that resort.

Oberti’s financing partners are secret, which is another point of contention for Jumbo Wild, but there is speculation that a Japanese company is a major financier. Intrawest has voiced its support for the resort proposal but has denied any financial involvement.

To make the resort proposal more appealing to people in the region, the proponents have changed the footprint of the resort, with fewer lifts, fewer beds, and a more compact village.