Meadow Park fees could go up by 30 per cent 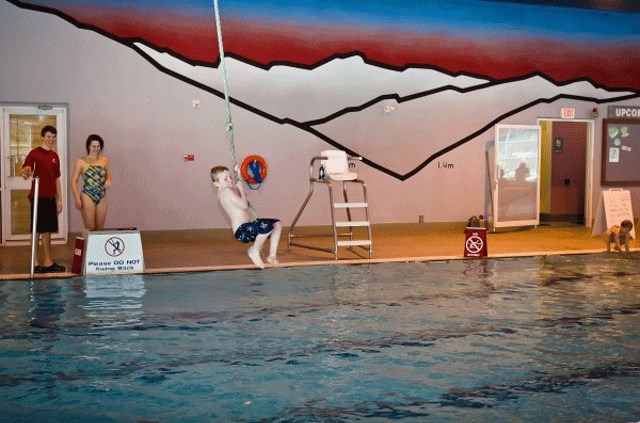 It's likely going to cost more to swim, sweat and skate at the Meadow Park Sports Centre next year — perhaps as much as 30 per cent more.

And the visitors hardest hit will be those who live outside Whistler.

Municipal staff is considering three options for raising prices at the rec centre.

The preferred option, according to Roger Weetman, manager of recreation services, would see a $10 drop in fee, up from the current cost of $8, with a 20 per cent discount on pass prices for residents. This could recoup about $125,000.

The proposed fee increases are designed to stem financial losses at the rec centre where costs are outpacing revenues. Among the things contributing to the gap in costs and revenues is the increased competition from the local commercial fitness centre and the impact of the new outdoor village skating rink, which it is estimated could have negatively hurt the rec centre by as much as $50,000 in lost skating revenues and admissions.

This year's operating shortfall is estimated at more than $1.37 million.

"As a result of the issues facing Municipal recreation revenues and costs... staff anticipates proposing relatively major changes to the MPSC Admission and Pass Fee Schedule structure," wrote Weetman in his report to council.

The biggest impact, however, will be felt most by non-residents who will not be eligible for the discounts that residents will get on all passes. In addition, non-Whistler residents could also face a 25 per cent surcharge on rec programs.

Whistler, through Mayor Nancy Wilhelm-Morden, requested a financial contribution to cover operating costs from the Village of Pemberton and the Squamish-Lillooet Regional District (SLRD) but was denied this at July's SLRD board meeting.

Councillors expressed some concerns about how complicated the pricing structure appeared to be.

Councillor John Grills said he was pleased to see that there would a consultation period with the public.

Staff's recommendation is planned for early 2013.

With files from Andrew Mitchell