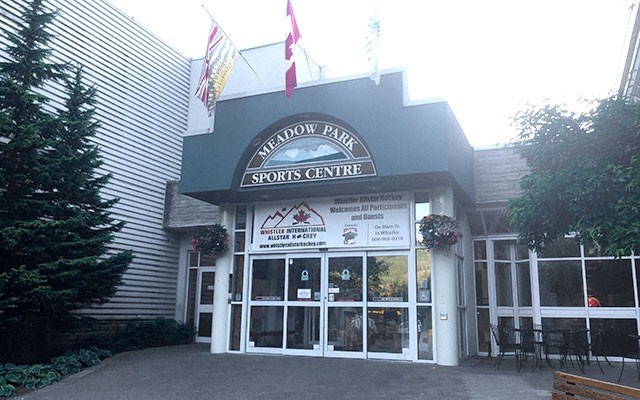 Phase two of the roof replacement project at the Meadow Park Sports Centre (MPSC) is set to get underway.

At its March 1 meeting, council awarded a contract in the amount of $1,454,016 to Langley-based Metro Roofing for the project.

Work is expected to start in April and be wrapped up by October.

"Although 50,000 square feet will be replaced, it won't affect the day-to-day operations," said Mayor Nancy Wilhelm-Morden in a phone call ahead of the meeting.

The lifespan of the new roof is estimated at 30 years.

The project is one of several upgrades to MPSC included in this year's municipal budget for a total budgeted amount of $2,827,479.

"Every year there are improvements to the MPSC and the pool and the fitness facilities do close down in the fall for a few days, just for the annual retrofit and thorough cleaning and so on," Wilhelm-Morden said.

Included in the budgeted amount is $132,693 for purchasing and upgrading equipment at the centre.

The fitness centre requires the most consideration in terms of replacing equipment annually — including things like treadmills, stationary bikes, weight lifting apparatuses and specialized training equipment — but the money will also be used to replace items at the natatorium (foamies, mats, life jackets, play toys, etc) and the arena (hockey nets, rental skates, helmets, etc.)

The projects are classified as annual recurring projects and capital additions.

Also at the March 1 meeting, council endorsed an application to the provincial BikeBC funding program to re-work the Valley Trail in front of the MPSC.

The project aims to add a section of Valley Trail along the front of MPSC that would connect to the existing trail on either side of the building.

"It will be a construction site, but as far as going in and using the facilities on a day-to-day basis there shouldn't be any disruption," Wilhelm-Morden said.

But the upgrade in front of MPSC isn't the only work planned for the Valley Trail this year. A total of $1,304,415 is budgeted for Valley Trail improvements around the municipality in 2016.

The biggest individual price tag — $996,315 — is attached to the railway underpass project between the Cypress Place subdivision and Nesters.

Construction will be handled by a third party developer, and should begin this spring, the mayor said.

Once the project is complete, there will be a continuous, illuminated Valley Trail from Meadow Park to Nesters Road.

There is also $110,100 budgeted for annual resurfacing projects, which this year include sections near Dream River Park, from Village Gate Boulevard to Lorimer Road and from the Whistler Golf Course Clubhouse to Blueberry Drive.

Another $10,000 has been budgeted to connect Nesters Crossing to the lower field at Myrtle Philip Community School.

"Anybody who uses the Valley Trail on a regular basis understands just the high impact it has as far as users are concerned," Wilhelm-Morden said.

"Periodically there will be asphalt replacement or there will be some widening, or from time to time there are little changes or amendments to the actual location of the trail, so those things are ongoing."

Whistler's 2016 budget info — including a full list of proposed projects — can be found at www.whistler.ca/municipal-gov/budget-taxes/resort-municipality-whistler-budget.

Budget questions or feedback can be emailed to budget@whistler.ca.