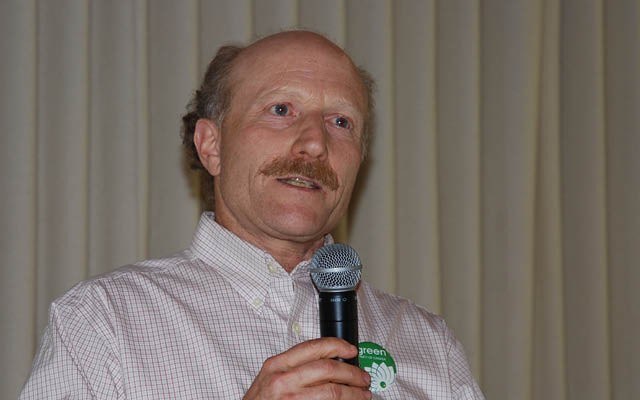 When he arrived in Whistler in 1976, Ken Melamed had no plans to enter politics.

But - 38 years, three terms as councillor and two terms as mayor later - he's still right there in the thick of it.

"Every step along this incredible journey I've been on has been somewhat of a surprise to me. I had no plan," Melamed said.

"Since I got involved with AWARE way back in the late 80s, my only plan was to try and make the world a better place for my children."

On Aug. 8, Melamed's political career took another giant step forward when the Green Party officially announced that the former Whistler mayor will represent the party in the West Vancouver-Sunshine Coast-Sea to Sky Country riding.

The NDP's nomination meeting is set for Aug. 16.

"I'm looking forward to this next challenge," Melamed said.

"It's going to be great, and it's so important to me."

The 15 years he spent serving Whistler on the local level will now serve him as he moves into federal politics, Melamed said.

"I think it should be required reading, as it were, for potential candidates," he said.

"Local politics is not the same, but I'm a quick study."

Melamed also had the unique experience of serving as mayor during the 2010 Olympics.

"I was very fortunate during the Olympics to engage with different levels of government, and in fact, international organizations," he said.

"I think that helped me."

The move to federal politics under the banner of the Green Party means Melamed can continue to advocate for causes that are close to his heart.

"It feels like the party closest in line to my values, with an incredibly strong and inspiring leader and a commitment to grassroots democracy," he said.

What attracts Melamed to the Green Party, aside from the obvious environmental focus, is leader Elizabeth May's commitment to letting MPs speak openly about their concerns.

"The Green Party allows me to speak my mind," Melamed said.

That "tow-the-party-line" mentality has contributed to the growing distrust among Canadian voters, to the point that there were more people who didn't vote in the 2011 election than there were that voted for the ruling Conservative party government.

"We're very much looking for support from that disenfranchised vote," Melamed said.

"That's my commitment, is to represent the interests of the people in this riding, and not somebody else's agenda. So it's absolutely critical in moving us forward - recreating trust in the system in a bottom-up run country rather than a top-down."

The Green Party, Melamed believes, represents a new way forward for Canadian politics - one built on the shoulders of "one of the brightest and hardest working MPs in Ottawa," Elizabeth May.

"What's interesting is the Green Party enjoys a certain neutrality," he said.

"Elizabeth May has been able to develop the respect and the working relationships in Ottawa that other parties can't achieve because of the often fractious and adversarial nature that has developed over time."

The accomplishments of May serve as inspiration for the party, and affirmation that its long-term goals are not unattainable.

"We can do this. We can transition, and really what encourages me is the amount of creativity - the alignment of vision around the things we need to do to work on this transformation," Melamed said.

"But the first thing to do is acknowledge that transformation is the path that we have to be on, and get away from the commitment to the status quo."