Mind your mushrooms during Fungus Among Us 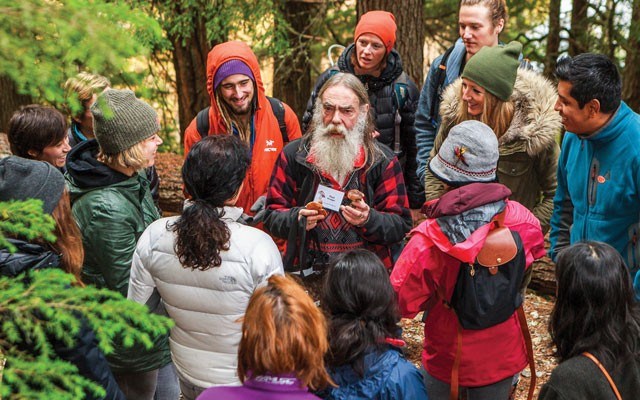 In just over a decade, the local Fungus Among Us weekend events have just, well, mushroomed.

From the first foragers in 2003 — who numbered more than 50, much to the shock of local organizers — to a few hundred who now make the pilgrimage to, or within, Whistler, they all share a love of stemmy growths among the forest floors.

Bob Brett, a local organizer of the events, said the group routinely averages about 150 different species.

"I wouldn't say there's anything unusual about the diversity of mushrooms here, I'd say what we have to offer is we have easier access to high-elevation areas," he said.

In fact, there are some unique species that grow only in receding snowbanks, for example. And in summer, the crop is entirely different, he said.

A few "gurus," as Brett calls them, will be on hand for the weekend events, such as author Kem Luther, who will speak about the strange relationship of plants and fungi in a talk on Thursday, Oct. 13. Then there is a talk by Brooke Fochuk, titled "Truffle Dogs," another titled "Fungal Fotos" by Luke Mikler, plus gourmet tastings from chef Bruce Worden.

"One of the coolest things to me about people interested in mushrooms is it's a completely cross-cultural audience," said Brett. "You can have society ladies from West Vancouver beside people who are hippies and almost homeless."

"People are in the woods more and as long as they don't do damage, then I think it's great. I like bringing interesting people to Whistler and hanging out with them," he said. "We're trying to keep it as close to self-sustaining as possible and not expensive."

Among the 150 or so species, Brett said one of his favourites is porcini mushrooms, which can be large and weigh up to a kilogram each.

"You can make a terrific pasta sauce with it," he said. "Or dry sauté them — it makes them a little crisper, gives them an interesting flavour."

Participants must pre-register for the talks, walks and a cooking demo on Oct. 14 and 15. Information is at www.whistlernaturalists.ca.